When President Obama took office, the American auto industry was on the brink of collapse. Many Republicans in 2004 wanted to let it and all the jobs go.

Sergio Marchionne, 66, CEO of Fiat Chrysler Automobiles N.V. (“FCA”) (NYSE: FCAU / MTA: FCA) is gravely ill following an operation last week in Zurich, Switzerland for an unspecified problem. He is not expected to recover. “As a consequence, Mr. Marchionne will be unable to return to work,” FCA said in a terse statement over the weekend confirming his resignation.

The Board of Directors of FCA, “expressed its closeness to Sergio Marchionne and his family and underlined the extraordinary contribution, both human and professional, that he has made to the Company in these years.” Marchionne was key, of course in saving Chrysler and from bankruptcy by taking into a successful merger. 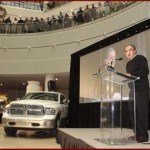 FCA and Ferrari stock were slightly affected by the sad news (FCA -0.34%@$18.98; Ferrari -2.5%@ $136.49). The down-tick at Ferrari is also possibly attributable to Sebastian Vettel’s crash-out at the Formula One race in Hockenheim on lap 52 of 67 when a short rain shower appeared, which moved Ferrari’s maker’s and driver’s titles to second place, and worse, ceding first place to the silver arrows of arch-rival Mercedes-Benz.

The Board said it will  accelerate the CEO transition process that has been proceeding over the past months and named Mike Manley as CEO. He is currently leading Ram and Jeep brands. The proposal at  the next Shareholder Meeting, to be called in the coming days, is that he be elected to the Board and serve as an executive director of the Company.

In the meantime, to provide for his full authority and operational continuity for the company, the Board has with immediate effect granted Mr. Manley all the powers of CEO. He will also assume responsibility for the NAFTA region. Mr. Manley and his management team will proceed with the implementation of the 2018 – 2022 Business Plan as presented on June 1 of this year, a plan that will further assure FCA’s strong and independent future.” 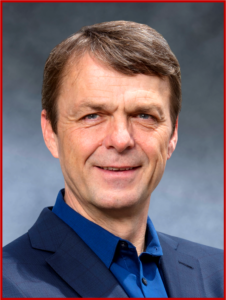 Michael Manley was appointed Chief Executive Officer of Fiat Chrysler Automobiles N.V. and Chief Operating Officer of the NAFTA region on July 21, 2018. Mr. Manley has been Head of Jeep brand since June 2009 and Head of Ram brand since October 2015.

Previously, Mr. Manley was Executive Vice President – International Sales and Global Product Planning Operations since December 2008. In this position, he was responsible for product planning and all sales activities outside North America.

He holds a Master of Business Administration from Ashridge Management College in Ashridge, England, and a Bachelor of Science in engineering from Southbank University in London. Mr. Manley was born in Edenbridge, Great Britain.

Fiat Chrysler Automobiles N.V. (“FCA”) is an international automotive group. FCA is listed on the New York Stock Exchange under the symbol “FCAU” and on the Mercato Telematico Azionario under the symbol “FCA”. FCA’s wholly owned subsidiary, FCA US LLC. Headquartered in Auburn Hills, Michigan, FCA US LLC designs, engineers, manufactures and sells vehicles under the Chrysler, Jeep, Dodge, Ram and FIAT brands, as well as the SRT performance vehicle designation. The company also distributes Alfa Romeo and Mopar products.” FCA US is building upon the historic foundations of Chrysler, the innovative American automaker first established by Walter P. Chrysler in 1925, and Fiat, founded in Italy in 1899 by pioneering entrepreneurs, including Giovanni Agnelli.”