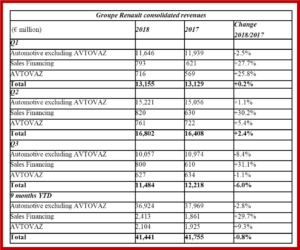 Group Renault’s worldwide registrations (passenger cars + light commercial vehicles, including Jinbei and Huasong since January 1, 2018) rose by 2.9% in the third quarter, in a market down 2.4%, resulting in a market share of 4.0% (+0.2 points compared to 2017). 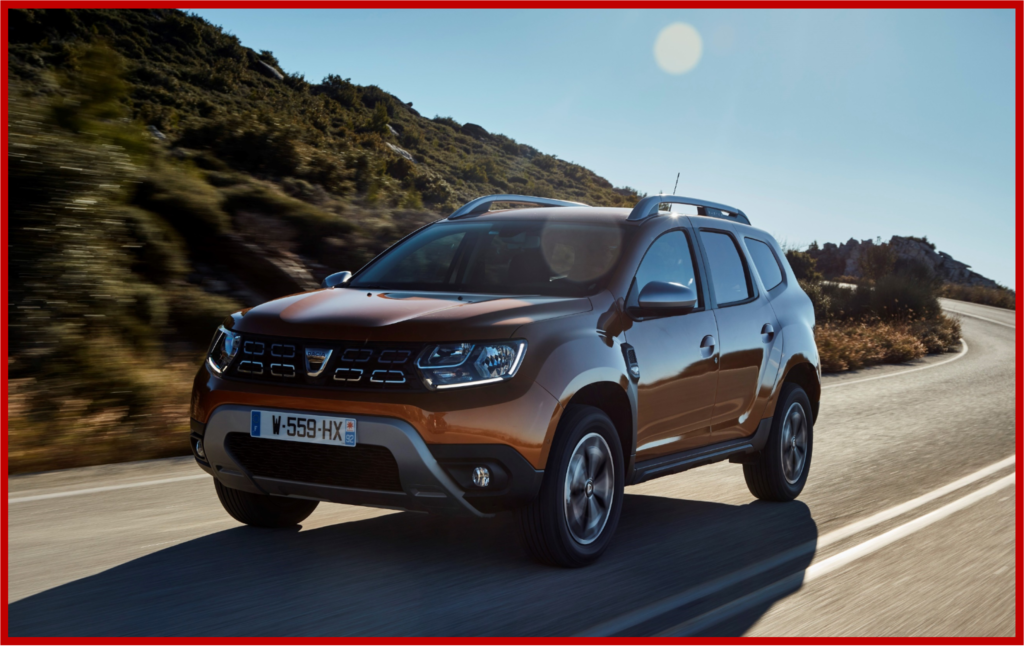 The Group faced a slowdown of its registrations in Africa, Middle East, India (-24.4%) and Eurasia (-5.6%) regions. The Africa Middle East India region was mainly impacted by a decline in India (-34.7%) and in Iran, where our activity was stopped. In Eurasia, registrations continued to increase in Russia (+5.0%), but Turkey sales are down 52.5% in a market down 51.3%.

As of January 1, 2018, the Group changed the allocation of interest rate subsidies between operating segments, with no impact on consolidated revenues. On a comparable basis, Automotive excluding AVTOVAZ revenues would have been €142 million (1.3 points) higher, offset by an equal decrease in Sales Financing revenues.

Automotive excluding AVTOVAZ revenues amounted to €10,057 million, down 8.4%. Beyond the negative 1.3 points effect mentioned above, revenues were negatively impacted by the sharp devaluation of the Group’s main currencies (Argentinian peso, Brazilian real, Turkish lira, Russian ruble), which led to a negative currency effect of 4.0 points. The pricing policy notably implemented in these countries led to a positive price effect of 1.6 points. The volume effect weighed in at -2.6 points, mainly due to the fall in the Turkish and Argentinian markets and a de-stocking of the dealer network in the third quarter. Finally, the decline in our sales to partners impacted revenues by -3.3 points due to the cessation of our deliveries in Iran, lower demand for diesel engines and lower production for Nissan.

Sales Financing (RCI Banque) posted revenues of €800 million in the third quarter, up 31.1% compared to 2017. Excluding the impact of the accounting change mentioned above, the increase would have been 7.9%. The number of new financing contracts fell 2.5%, mainly due to lower activity in Turkey and Argentina. Average performing assets increased by 12.9% to €45.3 billion.

AVTOVAZ contribution to Group revenues amounted to €627 million in the quarter, down 1.1%, after considering a negative exchange rate effect of -€79 million. At constant exchange rates, revenues would have been up 11.4%.