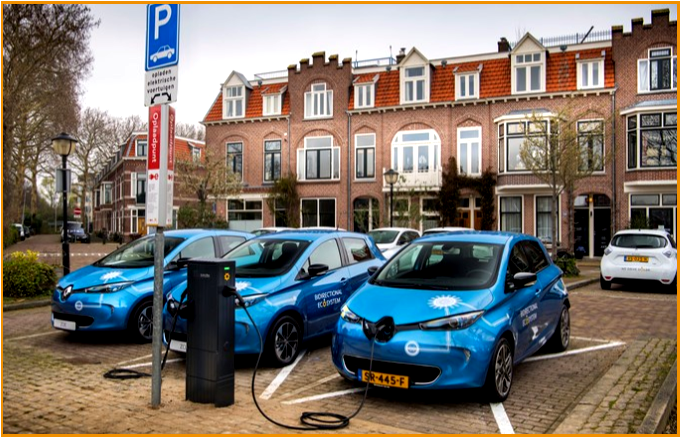 The U.S. –  mired in trade-war saber rattling and lobbyist-funded global warming deniers – appears to be missing the power of international collaboration here.

Group Renault, arguably the European leader in electric vehicles, is beginning the first large-scale pilot in reversible electric charging. Renault’s alternating-current technology has the reversible charger inside vehicles, so it just requires “a simple, inexpensive adaptation of the existing charging terminals.”

A fleet of fifteen Zoe vehicles with vehicle-to-grid charging will be introduced in Europe in  2019 to develop future offerings in reversible charging and lay the groundwork for future standards. 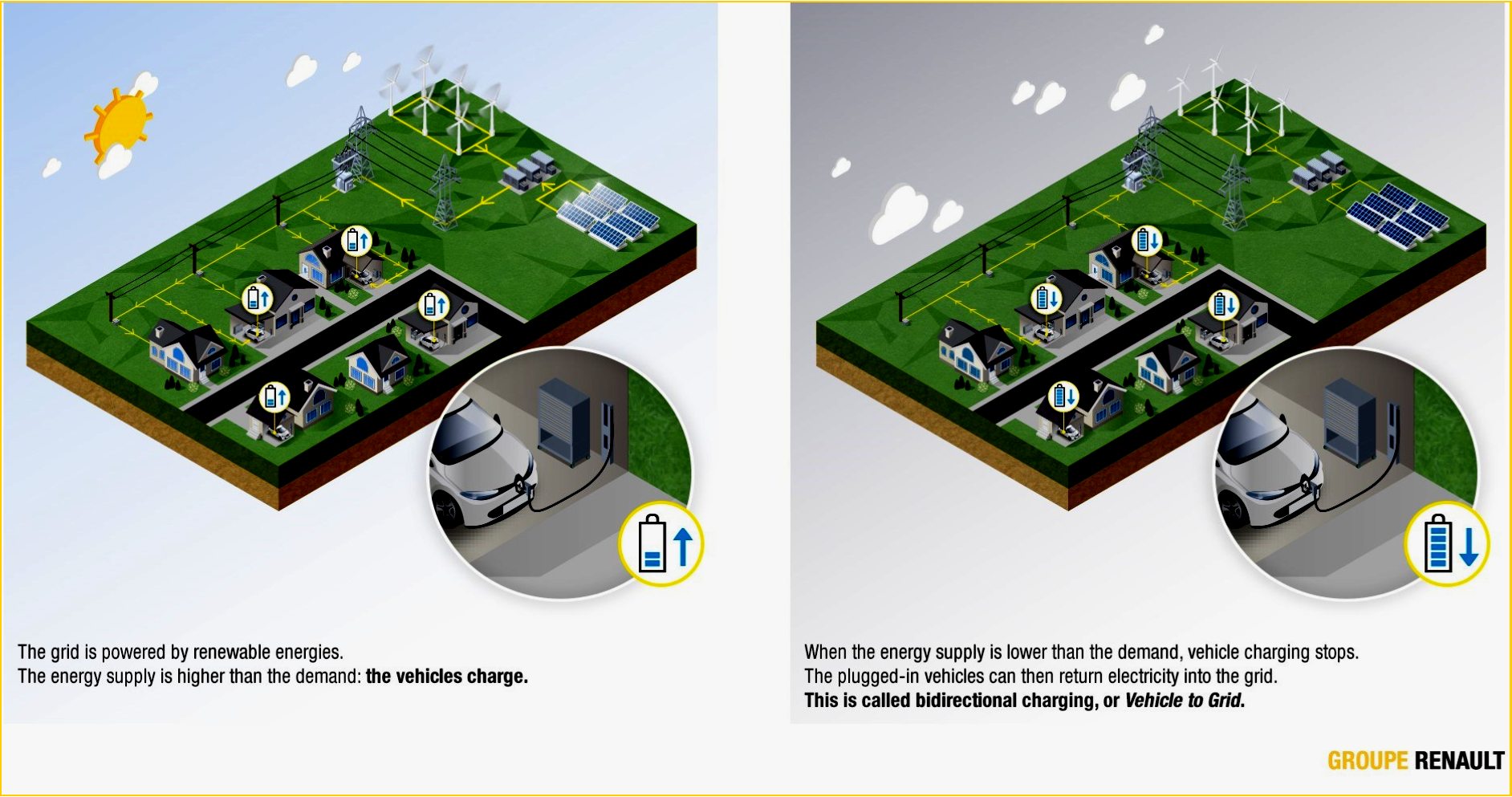 Reversible charging modulates the charging and discharging of electric-vehicle batteries in accordance with users’ needs and the grid’s supply of available electricity.

These pilot schemes begin today in Utrecht (the Netherlands) in an ecosystem developed by We Drive Solar and on Porto Santo Island (in the archipelago of Madeira, Portugal) with Empresa de Electricidade da Madeira, an energy supplier. Following these, more pilot schemes will be introduced in France, Germany, Switzerland, Sweden and Denmark.

“Vehicle-to-grid charging is a key pillar of the smart electric ecosystems that Groupe Renault has set up. We have chosen onboard technology that also optimizes the cost of recharging stations and thus facilitate a large-scale development.” Said Gilles Normand, Groupe Renault’s director of electric vehicles.

Vehicle-to-grid charging, aka called reversible charging, modulates the charging and discharging of electric-vehicle batteries in accordance with users’ needs and the grid’s supply of available electricity. Charging reaches its maximum level when the electricity supply exceeds demand, notably during peaks in production of renewable energy. But vehicles are also capable of injecting electricity into the grid during peaks in consumption.

Reversible charging will be piloted in several projects through seven countries and alongside various partners to lay the groundwork for Groupe Renault’s future offering. The aim is twofold: to measure large-scale feasibility and potential gains.

Renault says these pilot schemes will: