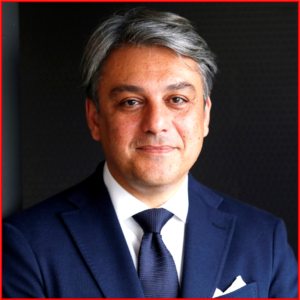 After a year of chaos starting when then Chairman and CEO Carlos Ghosn was arrested by Japanese authorities, the Groupe Renault Board of Directors, meeting today under chair Mr. Jean-Dominique Senard appointed a 52-year-old Italian outside Mr. Luca de Meo as Chief Executive Officer of Renault S.A., and Chairman of Renault effective 1 July 2020. (Renault Board Confirms Expenses Improperly Used by Ghosn) 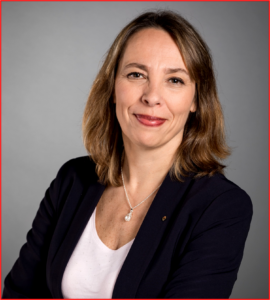 The Board of Directors stated it “considered that Mr. Luca de Meo, through his career, his experience and his success in his previous functions, combines all the qualities to contribute to all aspects of Groupe Renault’s development and transformation.”

Born in Italy in Milan in 1967, Luca de Meo graduated in business administration at the Luigi Bocconi Commercial University in Milan. He began his career at Renault before joining Toyota Europe, then the Fiat Group where he managed the Lancia, Fiat and Alfa Romeo brands. He has more than 20 years of experience in the automotive sector. Luca de Meo joined the Volkswagen Group in 2009 as Marketing Director, both for passenger cars of the Volkswagen brand and for the Volkswagen Group. He then held the position of member of the Board of Directors in charge of Sales and Marketing at AUDI AG in 2012. He was Chairman of the Executive Committee of SEAT from November 1, 2015 until January 2020 and member of the Supervisory Boards Ducati and Lamborghini, and Chairman of the Board of Directors of the Volkswagen Group in Italy.

Born in 1967, Clotilde Delbos is graduated of EM Lyon. She began her career in California, then at Price Waterhouse in Paris before joining the Pechiney Group in 1992. She held various positions before becoming Division Financial Director. After Pechiney’s acquisition by Alcan, Clotilde Delbos served as Vice President & Business Finance Director of the Engineered Products Division from 2005 up until it was sold in 2011.

Groupe Renault has manufactured cars since 1898. Today it is an international multi-brand group, selling close to 3.9 million vehicles in 134 countries in 2018, with 36 manufacturing sites, 12,700 points of sales and employing more than 180,000 people.

To address the major technological challenges of the future, while continuing to pursue its profitable growth strategy, Groupe Renault is focusing on international expansion. To this end, it is drawing on the synergies of its five brands (Renault, Dacia, Renault Samsung Motors, Alpine and LADA), electric vehicles, and its (extremely troubled post Ghosn) alliance with Nissan and Mitsubishi Motors. With a 100% Renault owned team committed to the Formula 1 World Championship since 2016, the brand is involved in motorsports with this far mixed success.