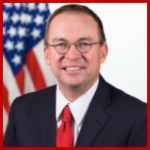 You can forget the 2010 Dodd-Frank Wall Street reform law that was aimed at protecting people from predatory lending and  to stop other rampant abuses promulgated by the wealthy and politically connected firms. The White House, according to real, not fake news reports, will make changes in the Consumer Finance Protection Bureau now run by White House Budget Director Mick Mulvaney, who is demonstrably no friend of the working class.

As a congressman, Mulvaney sponsored legislation to abolish the CFPB. Now a White House budget proposal that will add billions to the national debt cuts funding for the CFPB by ~$150 million – 25% of its total budget. Mulvaney has already frozen hiring and put a temporary hold on payments to victims of illegal banking practices. Three to 5 million American households turn to payday loan companies whose storefronts in working class neighborhoods often outnumber McDonalds and Starbucks.

Such cuts would mean “massive layoffs and disruptions,” says Mike Calhoun, the president of the Center for Responsible Lending. That would “make it hard for it to do its job — a job that it’s been doing incredibly well,” he says. This ultimately will stop people from buying vehicles – among other things, and possibly lead to a life of financial enslavement for workers.

What you will remember – sometime painfully – are the valid reasons for the CFPB: to stop corporate, banking and Wall Street fat cats (or is that fat Elephants?) from running wild – leaving ordinary people as road kill on the road to obscene profits.

However, they could face a balloon payment after 45 days or be forced to re-up the loan at an even higher interest rate. Consider: payday loans, sold at storefront offices in the meanest parts of town, charge up to 400% interest rates – sometimes more approaching 1000% – and trap people in a cycle of perpetual debt, according to Dani Liblang, a Birmingham, MI attorney.

“More than four out of five payday auto loans are re-borrowed within a month,” warns Liblang who says this must stop because it is so egregious to society at large. “The cycle of taking on new debt to pay back old debt can turn a single, unaffordable loan into a long-term debt trap. People’s paychecks could be garnished, they could be hounded by debt collectors or have their car or truck seized by a repo company in the middle of the night.”

As always reform has enemies. Then NADA Chairman Jeff Carlson speaking to the Automotive Press Association in Detroit late in 2016 said politicians and regulators in Washington, D.C. are implementing regulations that would make buying, financing, trading-in and servicing vehicles harder and more expensive for consumers. Some of the regulations – The Consumer Protection Financial Bureau financing disclosure regulations comes to mind here – are proposed or being implemented at the state level because of abuses by auto dealers, of course. Only 36% of NADA dealer members have adopted NADA’s own credit compliance policies that could have headed off the regulations, which in the face of such defiance are clearly needed.

As it stands now, the fierce lobbying battle in Washington to get the regulations rescinded appears to be won by the rich. (NADA Opposes Credit Reform on Auto Lending Practices, NADA – Washington Policy Goals Thwarted by Regulations)