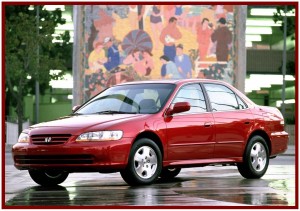 There's no accurate tracking of where service parts or used parts go in auto repair - a nightmare when potentially deadly components are used.

Honda is once again expanding a recall covering the driver’s side airbag installed on its most popular cars, crossovers and minivans built in 2001 and 2002. The ongoing global safety defect has resulted in recalls in North America, Japan, Australia and other regions. Millions of defective Honda and Acura vehicles are now affected a manufacturing flaw.

The Honda airbag safety defect is severe. The failure is in the airbag’s inflation system that, potentially, can send pieces of metal – essentially shrapnel – into the interior when the airbag explodes. At least one person has been killed by this known problem, others have been injured.

Initially, Honda only recalled 4,200 vehicles three years ago and ignored vehicles in the rest of the world. However, this Honda problem was unfolding as the National Highway Traffic Safety Administration was investigating and ultimately fining Toyota for safety defect cover-ups – ones that resulted in millions of dollars in fines and shredded Toyota corporate and vehicle quality reputations. Honda is experiencing something similar. During the past year or so, Honda has issued more than 22 public statements about various safety defects and recalls in the U.S. The question remains will NHTSA fine Honda, absent the high profile Congressional hearings that Toyota endured?

It is a common automaker practice to try to limit the scope of a recall to the fewest number of vehicles possible to limit costs and damage to brand reputations. However, in Honda’s case this is now the sixth time Japan’s third largest automaker admitted that it had found defects in Honda and Acura vehicles it previously claimed were safe, a public relations disaster on top of a genuine safety problem.

The latest Honda airbag recall includes a total of 304,035 vehicles and 912 units of service parts airbags. In the United States and Canada, Honda Accord, Civic, Odyssey, Pilot and CR-V models are affected. Acura TL coupe and CL sedan models are also included in the recall.