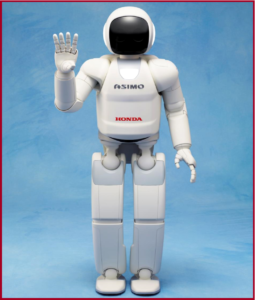 Successful development of language software that doesn’t require precisely phrased commands has enormous potential in vehicles and other applications – think Siri squared or Asimo to the third power. It also can destroy jobs and infuriate customers – think automated “please listen closely as our menu has changed – answering switchboards.

The Interaction System Tool Kit is a suite of language analysis programming that will serve as one of the basic technologies for the AI-based interactive interface. Honda has provided ISTK to East Nippon Expressway Company Limited and Nextremer Co., Ltd., an AI venture company with headquarters in Japan. On 19 November 2016, NEXCO East and Nextremer will begin demonstration testing of an interactive customer service system that uses the Interaction System Tool Kit provided by Honda.

Honda says a typical interactive interface system requires language analysis technologies that enable the system to recognize the same meaning even when it is articulated with different words and expressions depending on the person.

The Interaction System Tool Kit packages such language analysis functions to enhance versatility so that it becomes easier to divert them to various systems, which make it possible to reduce the development workload. The ISTK was developed based on technologies Honda has refined and gathered together in robotics that includes research and development of ASIMO, Honda’s bipedal humanoid robot. (Honda Using ASIMO Robot to, well, Explain Itself or Honda Unveils new ASIMO Robot – World Debut of Autonomous Control – Production and Public Use Near?)

NEXCO East and Nextremer will conduct demonstration testing of an interactive customer service system that uses the Interaction System Tool Kit. The interactive customer service system which will be installed at the Takasaka Service Area (SA) on the Kan-Etsu Expressway (outbound) is equipped with an interactive interface software, MINARAI, developed by Nextremer. This software can realize more sophisticated dialogue by amassing intelligence from learning various dialogues. For this MINARAI software used in this testing, the Interaction System Tool Kit provides the language analysis function and contributes to the realization of dialogues with greater accuracy.

For more than 10 years since its establishment in 2003, under the principle of “Innovation through Science,” Honda Research Institute Japan has been conducting research and development in various technology and science areas that go beyond the traditional scope of mechanical engineering, including artificial intelligence, genomics and nanotechnology/materials science.

The Interaction System Tool Kit is part of an on-going process of the research and development of AI. Following this first case of the sharing of these technologies to NEXCO East and Nextremer, Honda Research Institute expects these language analysis technologies to be used as basic technologies behind the interactive interfaces of various industries and companies.