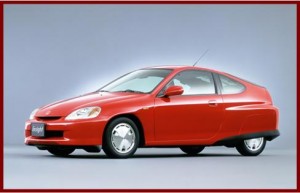 Honda is now working on new hybrid vehicles for mid-size models starting with the new Accord next year.

Honda Motor Company said today that its worldwide sales of hybrid vehicles have now surpassed 1 million units. This milestone was reached at the end of September 2012, almost 13 years after the start of sales of the first generation Insight in Japan during November of 1999. At the time, Insight fuel economy was rated at 35km/liter, then the world’s highest fuel efficiency among all mass-production gasoline-powered vehicles.

Early in 2013, Honda will add  the Civic Hybrid to its Indiana plant, its most popular selling hybrid model in the U.S., which is also its largest market. Indiana was the first Honda plant in North America to build a hybrid vehicle when it started Acura ILX Hybrid production. 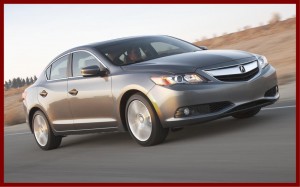 The Acura ILX now in production in Indiana is important because it isn’t made in Japan with the strong profit-sapping yen. The ILX starting well under $30,000 is Acura’s least expensive model.

The Acura ILX Hybrid, starting at $28,795 – or $3,000 walk up the price ladder to be green over the starting price of the gasoline engine version. ILX Hybrid –  uses an anemic 1.5-liter inline engine and what Honda marketing dubs an Integrated Motor Assist electric motor. It’s really a demonstration of what the much higher fuel economy regulations  that are being phased in mean in actual pavement reality. Paired with a Continuously Variable Transmission (CVT), the ILX 1.5L Hybrid has an EPA estimated 39 city/38 highway/38 combined fuel economy ratings, numbers that are achievable based on my test drives, if the Honda trip computer is reasonably close to accurate. However, the car isn’t much fun to drive, and lacks merging power from a standing start. Drive one before buying and see if can safely get you around.

Honda is now working on new hybrid vehicles for mid-size models (First Look 2014 Honda Accord Plug-In Hybrid Sedan), which will be equipped with a new two-motor hybrid system. A high-output three-motor hybrid system, the Sport Hybrid SH-AWD – Super Handling All Wheel Drive in marketing babble – appear on the upcoming NSX, which will be U.S. built and the Acura RLX, as well as the successor model of the Legend which is scheduled to be in Japan.

When it goes on sale in early 2013, the new Accord plug-in hybrid  – PHEV – will use Honda’s first two-motor hybrid system along with a 2-liter, 4-cylinder engine producing 137 horsepower.  The total system output is 196 horsepower. This is more than the Toyota Prius Plug-In Hybrid, Chevrolet Volt and the projected output of the Ford Fusion Energi plug-in hybrid – so I guess a horsepower war of sorts is now underway in what are supposed to be fuel efficient vehicles.

Honda predicts Accord plug-in will receive an Enhanced AT-PZEV rating from the California Air Resources Board, which is now on its second attempt to force demand for EVs on the left coast after a spectacular and costly failure at the end of the last century. Most important for initial sales in this century, the Accord plug-in will qualify for access to restricted HOV (high occupancy vehicle) lanes even when driven solo as most of them likely will be.