Honda Overseas and Japan Production Down Again in May 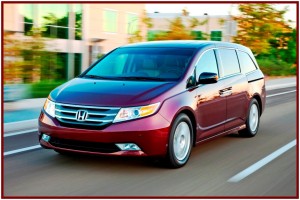 Honda Motor Company in Japan today announced that vehicle production declined by more than 50% for the month of May 2011. It was the third straight month that production dropped due to the ongoing negative effects of the Japan earthquake and tsunami in March.

Speaking to reporters in Tokyo, Fumihiko Ike the chief financial officer of Honda reaffirmed a projected 65% decrease in profit to ~¥195 billion for the current fiscal year through March, the result of production disruptions caused by the earthquake, rebuilding costs, as well as a strong Yen at an unprecedented ¥80:$1. Some analysts are questioning the forecast thinking that it is too low and that Honda will have a stronger recovery with May the likely low point.

Earlier this month Japan’s largest automaker, Toyota, said profits would decline by 31% in the fiscal year.

In Japan, May Honda production resulted in a year-on-year decrease for the sixth consecutive month going back to December 2010.