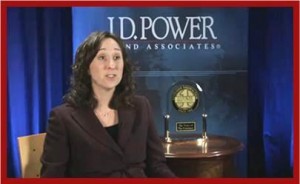 Brands that perform well have the same navigation schemes throughout the website.

Honda’s website ranks first among new vehicle shoppers, according to an automaker website satisfaction study just released. Honda had the highest with a score of 836 on a 1,000-point scale, and performs particularly well in information/content, navigation and speed measures, according to J.D. Power and Associates.

The semi-annual study, now in its 12th year, measures the usefulness of automaker websites during new-vehicle shopping by examining speed, appearance, navigation and information/content.

“Cadillac’s improvement in 2011 comes from improved navigation, which was added on top of image and branding updates that were initiated early in 2010. Porsche’s improvement from 2010 is primarily due to changes in navigation and design that provide users with clearer, more readable page layouts,” according to Arianne Walker, director of marketing and media research at Power.

For the first time since inception in 2000, the study examines differences in satisfaction between automaker website users who enter a website through its home page and those enter at a model-level page.

The study finds that, overall, website users who accessed a website through a model page are significantly more satisfied with their experience than are those who entered the website through the home page. Websites that achieve the highest levels of overall satisfaction and usability perform consistently well among both sets of shoppers.

Brands that perform well have the same navigation schemes throughout the website. This makes it possible for website users to access relevant information from anywhere on the site. Power claims that this “certainly reinforces” that automotive brand websites need to be intuitive and should reduce the number of clicks it takes for the user to get to their desired destination.

In contrast, for some of the lowest-performing websites, there are significant gaps in satisfaction between users who entered the site through the home page and those who gained entry through a model page.

“Websites that are ranked as being the least useful or satisfying tend to have home pages that offer very little model-level information, if any, as well as cumbersome or inconsistent navigation,” said Walker.

The 2011 Manufacturer Website Evaluation Study—Wave 1 is based on evaluations from more than 10,200 shoppers who indicate they will be in the market for a new vehicle within the next 24 months. The study was fielded in November 2010.