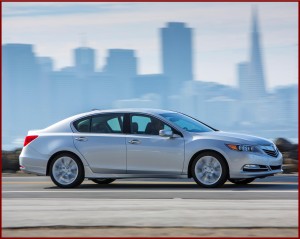 Honda, like all makers, is increasing computerized safety systems in the run up to the autonomous car.

Honda in the U.S. became aware of the problem with the software from Fujistu Ten Corp. of America at the end of November 2014. Earlier that month Honda in Japan determined that failure there was the result of “short-distance combining processing” of the programmed logic of the CMBS system and an “incorrectly recognized target.” Another vehicle accelerating in front of the sudden braking vehicle while simultaneously driving alongside an iron fence caused the safety defect.

As of 7 May 2015, Honda in the U.S. in the required NHTSA filing said it has not received any warranty claims, field reports or injury claims related to this safety defect.

Honda will notify owners, and dealers will update the CMBS software, free of charge as is required by NHTSA regulations. Honda has not yet provided a notification schedule. Owners may contact Acura customer service at 1-800-382-2238. Honda numbers for this recall are JQ4, JQ5 and JQ6.

Ken Zino is an auto industry veteran with global experience in print, broadcast and electronic media. He has auto testing, marketing, public relations and communications expertise garnered while working in Asia, Europe and the U.S.
View all posts by Ken Zino →
This entry was posted in recalls, safety and tagged autoinformed, autoinformed.com, Collision Mitigation Braking, Ken Zino, nhtsa. Bookmark the permalink.