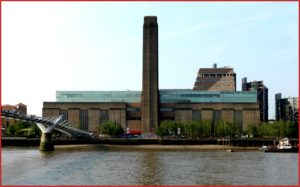 Tate and Hyundai Motor today announced the launch of a major new research initiative; Hyundai Tate Research Centre: Transnational. Tate’s collection, displays and programs have expanded beyond Europe and North America to be “reflective of its audiences.”

Hyundai Tate Research Centre: Transnational marks a next “step on this journey by placing the exchange of ideas between art and artists from around the world at the very core of Tate. The Centre will transform how Tate grows and shares knowledge about multiple art histories with individuals and organizations around the world.”

Hyundai Motor will support the Centre from January 2019 to December 2024, in addition to their support of Tate Modern’s annual Hyundai Commission which began in 2015. During this time the Center will host several research events including annual symposia, seminars and workshops at Tate and beyond.

This it’s said, “will facilitate collective research and intellectual exchange and provide five curatorial posts based in the Tate Modern Curatorial team.” The Research Centre joins the work of Tate Research Centre: Asia and Tate’s acquisitions committees to consider global and multidisciplinary practices at the center of art and artists.

Frances Morris, Director Tate Modern said, ‘This visionary project acknowledges movement and exchange, forced and voluntary migration and the experience of diaspora as central to modern and contemporary art…We want to deepen our commitment to exploring multiple art histories beyond western Europe and North America by showing that art, art movements and their histories are interconnected well beyond their country of origin.”

The first symposium will be held at Tate Modern on 23-25 February 2019, under the title Axis of Solidarity: Landmarks, Platforms, Futures, co-organized with the Institute for Comparative Modernities at Cornell University and the Africa Institute, Sharjah. The conference will convene scholars, researchers and artists to explore the international solidarity movements that emerged in the Global South, in the 1950s to the 1980s during processes of decolonization.