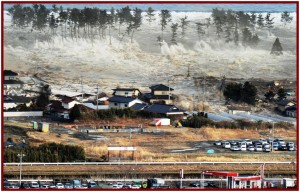 Japanese automaker production in September 2011 still didn’t reach the pre-earthquake and tsunami levels of the year before, according to JAMA – the Japan Automobile Manufacturer’s Association.

In September of 2011 883,593 units were made by Japanese makers compared with 925,003 units for the same month of the previous year. This decrease of 41,410 units or 4.5% shows how the negative effects of the huge natural disaster keeps hurting the ailing Japanese economy.

U.S. automakers have been benefiting from Japan’s absence from the market. Earlier this week Ford Motor reported that it had increased U.S. revenue by $700,000 dollars in Q3 because it raised prices or trimmed incentives.