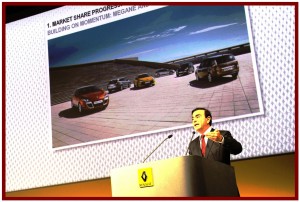 The Alliance is successfully competing with much larger automakers but its future is threatened.

In the latest twist of what appears to be manipulated fate by the Japanese Criminal Injustice system in AutoInformed’s View, came today after a Tokyo court rejected prosecutors’ request to extend detention of Carlos Ghosn, ex-CEO of the Renault-Nissan-Mitsubishi Alliance.

Prosecutors then re-arrested Ghosn on new charges in a sordid tale that goes back to Ghosn’s first arrest on 19 November 2018. Ghosn could now be in a tiny jail cell for another 10 days or more, where he has been locked up since last month on initial allegations of financial misconduct.

The Tokyo prosecutor claimed that the latest arrest was based on worries that around October 2008, Ghosn moved personal trades to Nissan to make it responsible for 1.85 billion yen (~$16.6 million) in appraisal losses, and hurt Nissan by having it deposit a total of $14.7 million on four occasions between June 2009 and March 2012 into a related bank account.

This in AutoInformed’s view would be laughable except there is a human being involved, albeit a Gaijin 外人, who has been subjected to interrogations for up to eight hours a day without his lawyer being present.

Yoichi Kitamura, told Reuters that Kelly “was unlikely to be released before Tuesday because there was not enough time to complete procedures, including the payment of any bail that might be set.”

This came hours after Ghosn, through his lawyer and quoted by Japanese public broadcaster NHK, promised to restore his good name in court and to hold a news conference after his release.

“Things as they stand are absolutely unacceptable,” Ghosn was represented as  saying. “I want to have my position heard and restore my honor in court.”