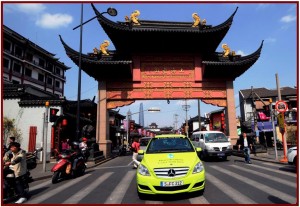 Japanese and South Korean automakers are optimistic about commercializing fuel cell electric vehicles by 2015, according to a new study. Mercedes-Benz is also known to be pursuing the advanced technology – that in theory is emission free – with demonstration units due as early as 2014. During 2011, Japanese and South Korean markets were limited to concept cars or fuel cell electric vehicles leased to fleets in urban areas. Now automakers claim they are ready for the “commercialization” of the FCEV market during 2015, at least on a limited basis.

This light duty fuel cell market has shown promise for decades, but the problem remains it is space age technology at NASA levels of cost. Not surprisingly, automakers have varying levels of interest in fuel cells that always appears to be just a few years or so from commercialization at $100,000-$400,000 per vehicle. This makes conventional $40,000-$100,000 battery electric EVs – currently a small fraction of the new vehicle market – look like bargains compared to what automakers would have to charge  to make a profit on a fuel cell vehicle.

“Key Japanese auto OEMs such as Honda, Toyota and Nissan and South Korea’s Hyundai/Kia are preparing their FCEV models for commercialization,” says Vijayendra Rao of Frost & Sullivan. “Cities in Japan such as Tokyo, Osaka, Nagoya, and Fukuoka, as well as Seoul and Ulsan in South Korea are targeted by OEMs for commercialization of fuel cell vehicles.”

In 2011, 22 hydrogen-refueling stations were operational in Japan and South Korea with 11 in each country.