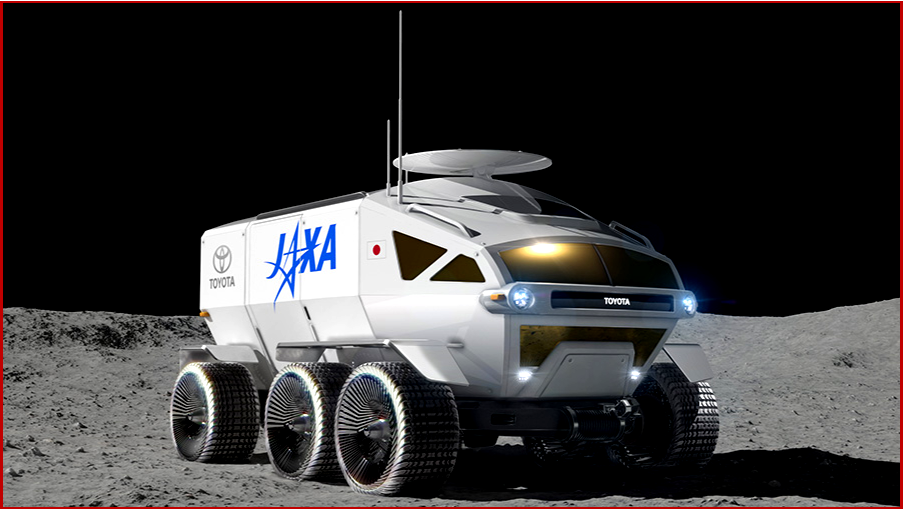 A further expansion of the mobility company concept from Toyota.

The Japan Aerospace Exploration Agency (JAXA) and Toyota Motor Corporation said today that they have signed a three-year joint research agreement running from fiscal year 2019 to fiscal year 2021. The tentative plan aims to launch the lunar rover in 2029.

In what was largely a rerun of a release from 12 March 2019, when the two parties announced their agreement to consider collaboration, the organizations formally agreed to carry on. The prototype rover will be a modified version of a standard production vehicle. (JAXA and Toyota Agree on Future Mobility – A Lunar Rover)

During the three-year joint research period, JAXA and Toyota will manufacture, test, and evaluate prototypes, with the goal of developing a manned, pressurized lunar rover and exploring the surface of the moon as part of an international project.

Details of the Joint Research

JAXA intends to acquire data related to driving technologies in order to develop a manned, pressurized lunar rover. The rover will be used for missions to explore the moon’s polar regions, with the aim both of investigating the possibility of using the moon’s resources―such as frozen water―and of acquiring technologies that enable exploration of the surfaces of massive heavenly bodies.

On July 1, 2019, Toyota established a dedicated Lunar Exploration Mobility Works; Toyota plans to expand the department’s workforce to approximately 30 members by the end of the year.