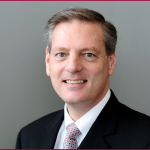 Jim DeLuca began in 1979 as a General Motors Institute student.

Jim DeLuca will become Executive Vice President of General Motors Global Manufacturing on 1 February succeeding Tim Lee, who is retiring in April after a 44-year career that included positions in manufacturing, manufacturing engineering and global operations at the largest U.S. automaker.

DeLuca is currently Vice President of Manufacturing for GM International Operations. During 2013, GM launched more than 40 vehicles and more than 20 powertrains around the world, but the automaker is still struggling with commonality and the loss of scale that the overly complex GM lineup causes.

DeLuca, 52, will report to CEO Mary Barra in his new role, with more than 200,000 employees at 171 facilities in 31 countries. A 35-year GM veteran, DeLuca has experience in global manufacturing, quality, labor relations and product launches. In his most recent role as head of GMIO Manufacturing, he is said to have made improvements in quality and manufacturing cost while managing the launch of 19 new vehicles in China and across International Operations.

DeLuca received a Bachelor’s Degree in Electrical Engineering and a Master’s Degree in Manufacturing Management from GMI. He also participated in the General Motors Senior Executive Program in 2007.

Ken Zino is an auto industry veteran with global experience in print, broadcast and electronic media. He has auto testing, marketing, public relations and communications expertise garnered while working in Asia, Europe and the U.S.
View all posts by Ken Zino →
This entry was posted in manufacturing, people and tagged autoinformed, autoinformed.com, GM, Ken Zino. Bookmark the permalink.