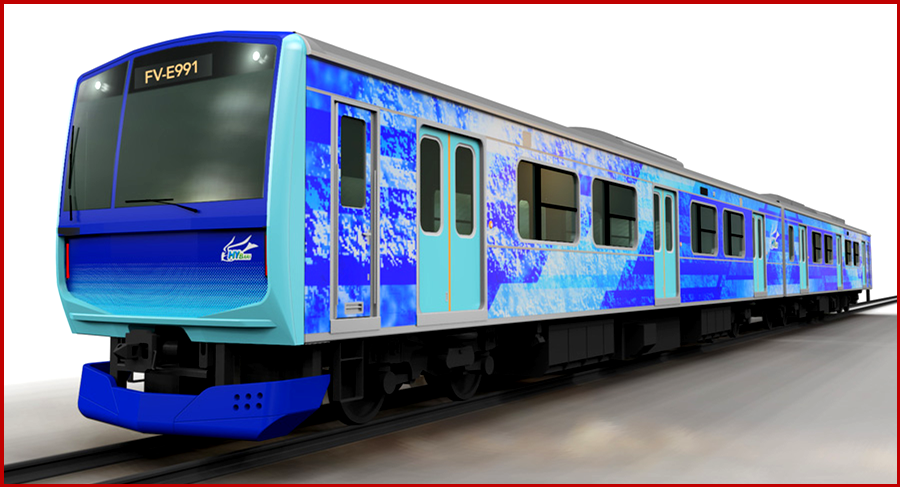 East Japan Railway Company (“JR East”), Hitachi, Ltd., and Toyota Motor Corporation have entered into an agreement to collaborate on development of test railway vehicles equipped with hybrid systems that use hydrogen powered fuel cells and storage batteries as their source of electricity. “By collaborating to develop these test railway vehicles, we aim to further improve the environmental superiority of railways and realize a sustainable society,” the companies said this morning in Japan.

The development of innovative rolling stock powered by hydrogen in theory will contribute to the development of a low-carbon society as it helps to curb global warming and diversify energy sources. Hydrogen ensures minimal environmental impact because it does not emit any carbon dioxide when used as an energy source. It can be produced from various raw materials using renewable energy.

Together, they will create hybrid (fuel cell) test vehicles with the aim of achieving the high-power output control necessary to drive railway vehicles, which are much larger than automobiles. The Hybari name was adopted to evoke an image of an advanced hybrid railway vehicle equipped with fuel cells and a main circuit storage battery that will generate innovation. “HY” represents “hydrogen,” while “HYB” means “hybrid.”