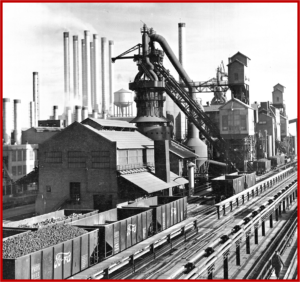 E-Transit, to be revealed Thursday, is part of Ford’s $11.5 billion-plus investment in electrification through 2022.

Ford Motor Company announced today that its Kansas City Assembly Plant will build the all-new E-Transit van, part of a more than $3.2 billion investment in Ford’s North American manufacturing facilities to produce a series of new electric vehicles for commercial and retail customers. It’s ironic that the transition to a carbon-free economy and the jobs it is now creating in the US auto industry comes in part because of the ousted Trump Administration’s anti-environmental policies that are at odds with a global trend toward healing the earth that is being reinforced by regulators. Ford spends more than $5 billion annually on engineering in America, which includes the development of the all-new, fully electric Transit, the F-150, and the all-new Mustang Mach-E.

Ford’s is changing its manufacturing footprint across North America – working with local and national governments – to lead the transition to electric vehicles and meet consumer demand in the coming years. Electric vehicles are a key part of Ford’s commitment meet the requirements of the Paris Accord – which President elect Biden will rejoin – and achieve carbon neutrality globally by 2050.

“This announcement is good news for our families, our hardworking UAW members, and our economy as a whole. Ford’s latest investment will create hundreds of new, good-paying jobs for Michigan workers and help us solidify our status as the automotive capital of the world,” said Michigan Governor Whitmer.

E-Transit, to be revealed Thursday, is part of Ford’s $11.5 billion-plus investment in electrification through 2022. E-Transit is part of Ford’s more than $11.5 billion global investment in electrification through 2022. The Mustang Mach-E starts reaching customers next month. Ford is also investing ~$150 million in Van Dyke Transmission Plant in Sterling Heights, Mich., to make e-motors and e-transaxles for new electric vehicles, including the all-electric F-150. This will retain 225 jobs, in the sad press release language common at American car companies that remain fighting defensive moves against a global auto business increasingly populated by new or substantially revised companies and alliances.

Ford is also increasing production plans for the fully electric F-150 at the Rouge Plant in Dearborn, adding 200 permanent jobs in addition to a previously announced 300 jobs and part of a $700 million investment in building the all-new F-150 and all-electric F-150. Kansas City and Dearborn plants, together with Oakville, Ontario and Cuautitlan, Mexico, assembly plants, are part of  the first phase of Ford’s growing North American electric vehicle plans.

The all-electric F-150, which will be assembled at the new Rouge Electric Vehicle Center in Dearborn, Mich., arrives in mid-2022. The E-Transit arrives in late 2021.