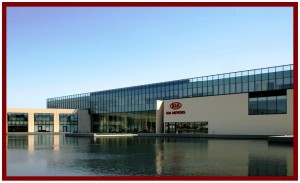 Model year 1999 and 2000 cars were not recalled, even though they had the same seatbelt buckle.

Last week an Alabama jury returned a $40 million wrongful death verdict against Kia Motors of America because of a defective seatbelt buckle. The verdict came after five years of litigation and two appeals.

The Leytham case involved a buckle used in model year 1995-2000 Kia Sephia and Sportage vehicles. It was the plaintiff’s contention that the seatbelt buckles made by Duck Boo Ltd. had a safety defect, which caused them to be susceptible to “false latching,” whereby the user hears a click and thinks they are properly belted when they are not. In an accident, the false latch condition can allow the buckle to release, substantially increasing the risk of serious injury or death since the seatbelt remains the single most effective safety device ever invented.

Tiffany Stabler turned sixteen on 6 May 2004. Her father purchased a used 1999 Kia Sephia, as a gift for his daughter’s birthday. On 4 July 2004, Tiffany was driving the Kia. She lost control of the car. During the accident her seatbelt buckle allegedly failed, Tiffany was ejected from the Sephia and died from her injuries.

At the trial evidence was introduced by the law firm Cunningham Bounds that said in 2002, the National Highway Traffic Safety Administration inquired about the buckle problem, and in late December 2002 Kia issued a safety defect recall, but only for model years 1995 through 1998 vehicles.

Kia in response to the verdict said, “We maintain that the evidence at trial clearly demonstrated that the vehicle’s occupants were not wearing seat belts at the time of the accident. We will petition the court to set aside the verdict and if necessary, file an appeal with the Alabama Supreme Court.”

In April 2004, NHTSA asked about the size of the recall, and why 1999 and 2000 model year cars had not been included in the recall. The safety agency also asked Kia to deliver more than a dozen of the seatbelt buckles for testing. Kia did not deliver the buckles for testing, and instead advised the government in June 2004 that it would expand the recall in August 2004 to include model year 1999 and 2000 cars.

In a statement about this matter Kia said; “As a company built on a commitment to consumer safety, Kia Motors America is saddened by this tragic occurrence and the family’s loss. Kia places the highest priority on manufacturing and selling safe vehicles, and all of the company’s vehicles – including the 1999 Sephia involved in this case – comply with all federal government vehicle safety standards. As soon as Kia learned of possible concerns with the A97 seat belt, the company immediately began a proactive investigation process that resulted in improved systems.

“Kia always works cooperatively with the National Highway Transportation Safety Administration (NHTSA) to immediately identify and resolve any and all concerns and in this particular instance the company exercised an abundance of caution and issued voluntary recalls. These recalls were conducted despite the fact that no specific defect has ever been identified in this product.”

Kia also noted: “Kia is very proud of its strong safety record and the integrity of its products. In fact, Kia has launched seven new products in the past 27 months and every one of those vehicles has been named a “Top Safety Pick” by the Insurance Institute of Highway Safety (IIHS). Kia vehicles feature a long list of standard safety equipment and we plan to continue that trend with each new product we introduce.”