Largest US Market for Zero Emission Vehicles is California 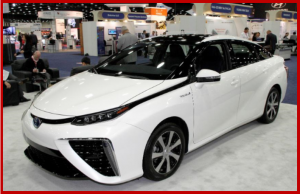 All Toyota Mirais fuel cell models will be sold and delivered through the authorized Mirai dealer of the customer’s choice.

“The stringency of California’s mandate will steadily go up in terms of the required proportions of ZEVs in fleets, changing the mix of cars on sale in the state,” said Frost & Sullivan Research Analyst Sudeep Kaippalli. “Meanwhile, support and incentives from the government will follow at a slower but significant pace.”

It is thought that by reducing purchase costs and expanding non-monetary incentives will widen the potential customer base for zero emission vehicles. Purchase incentives for ZEVs have been extended to 2015 as well: fuel cell EVs (FCEVs) receive $5,000; battery EVs (BEVs) $2,500; and PHEVs get $1,500 as purchase rebates. A statewide government parking policy for ZEVs already in place is providing another incentive for ZEV leases. Access to high-occupancy vehicle lanes is another prompt for sales.

Ken Zino is an auto industry veteran with global experience in print, broadcast and electronic media. He has auto testing, marketing, public relations and communications expertise garnered while working in Asia, Europe and the U.S.
View all posts by Ken Zino →
This entry was posted in alternative fuels, electric vehicles and tagged auto news, autoinformed, autoinformed.com, Ken Zino, zevs. Bookmark the permalink.