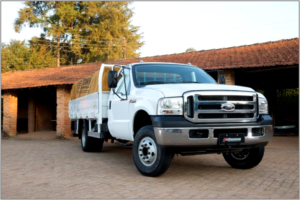 Ford Brazil will end production at its Camaçari, Taubaté and Troller plants during 2021 as weak  sales have resulted in years of significant losses. Ford has been in Brazil for more than a century. However, Ford maintains at the moment it will keep South America headquarters, a product development center and proving grounds in Brazil. Last March Ford  “temporarily” stopped South American Production at its manufacturing sites in Brazil and at the Pacheco plant in Argentina, in response to the growing impact of the coronavirus in South America and Ford’s profitability. (See AutoInformed – Ford Motor Maxes Out Lines of Credit , Ford Q3 Net Income at $2.4B Treads Water. Q4 $500M Loss?)

Production will cease immediately at Camaçari and Taubaté in Brazil, with some parts production continuing for a few months to support inventories for aftermarket sales. The Troller plant in Horizonte, Brazil, will continue to operate until the fourth quarter of 2021. As a result, the company will end sales of EcoSport, Ka and T4 once inventories are sold. Manufacturing operations in Argentina and Uruguay and the sales companies in other South America markets are not affected.

“We are moving to a lean, asset-light business model by ceasing production in Brazil and serving customers with some of the best and most exciting vehicles in our global portfolio. We will also accelerate bringing our customers the benefits of connectivity, electrification and autonomous technologies to efficiently address the need for cleaner and safer vehicles well into the future,” said Jim Farley, Ford president and CEO.

The latest plan among many, which Farley outlined on 1 October 2020, his first day as president and CEO, includes familiar platitudes:

Ford will serve South America  from its product portfolio, including the Ranger pickup built in Argentina, Transit van, Bronco and Mustang Mach 1. Ford said it plans to accelerate the introduction of several unnamed “connected and electrified models.”