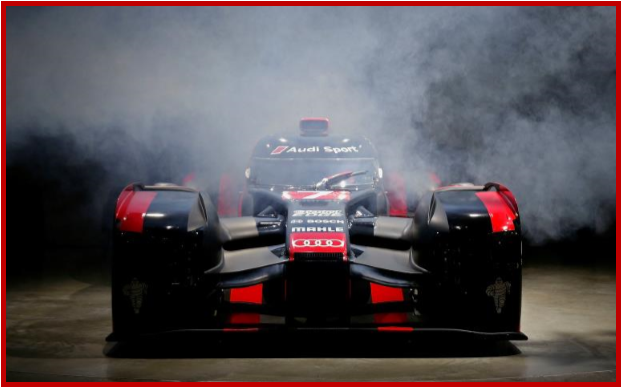 After losing to sister brand Porsche, Audi Sport says it has re-designed the R18 for the 2016 season. The LMP1 race car that competes in the Le Mans 24 Hours and in the FIA World Endurance Championship (WEC) now has improved aerodynamics, what said to be the next stage in lightweight design a modified hybrid system with lithium-ion batteries for energy storage, plus an efficiency-optimized TDI engine.

During the 2016 FIA World Endurance Championship (WEC) that starts at Silverstone (Great Britain) on April 17, Team Joest will run two new Audi R18 cars. At the financially challenged VW Group, Audi and Porsche will each compete in the Le Mans 24 Hours, the WEC season’s most famous event, with only two instead of three cars.

Ken Zino is an auto industry veteran with global experience in print, broadcast and electronic media. He has auto testing, marketing, public relations and communications expertise garnered while working in Asia, Europe and the U.S.
View all posts by Ken Zino →
This entry was posted in racing and tagged auto news, autoinformed, autoinformed.com, Ken Zino. Bookmark the permalink.