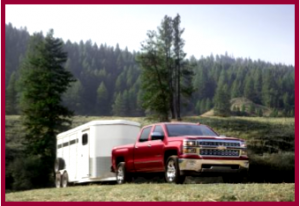 More dirt from litigation on diesels?

GM in reply tersely says: “These claims are baseless and we will vigorously defend ourselves. The Duramax Diesel Chevrolet Silverado and GMC Sierra comply with all U.S. EPA and CARB emissions regulations.”

Hagens Berman is also leading litigation against Chevrolet, Fiat-Chrysler and Mercedes for illegal use of emissions-cheating software.

The complaint describes three distinct “defeat devices,” which turn down or “de-rate” the emissions controls in place compared to when the vehicles are in a testing environment. By reversing the traditional order of the exhaust treatment components and putting the so-called Selective Catalytic Reduction (“SCR”) in front of the Diesel Particulate Filter (“DPF”), GM could obtain higher power and efficiency from its engines while still passing the cold-start emissions certification tests, it’s claimed.

“Putting the SCR in front of the DPF drastically increases the need for Active Regeneration of the DPF and other power and efficiency-sapping exhaust treatment measures, which would reverse the competitive edge gained,” claimed Hagens Berman managing partner Steve Berman.

“Rather than take the time to design a system that could pass emissions and provide the characteristics GM sought, GM’s solution was to install defeat devices to provide maximum pollution control in testing environments, while reducing SCR dosing, increasing NOx emissions, and thus decreasing fuel and power-sapping Active Regeneration during regular driving. GM turned a blind eye to the drastic increase in deadly NOx emissions its scheme caused—all to drive up its sales and profits,” Berman said.

The complaint, filed on 25 May 2017 in the U.S. District Court for the Eastern District of Michigan (Detroit) states that roughly 705,000 Silverado and Sierra diesels are on the road.

It alleges: “Increased sales and thus increased profits drove GM to use at least these three defeat devices in its Duramax diesel engines. By reversing the traditional order of the exhaust treatment components and putting the Selective Catalytic Reduction (“SCR”) in front of the Diesel Particulate Filter (“DPF”), GM could obtain and market higher power and efficiency from its engines while still passing the cold-start emissions certification tests. This made GM’s trucks more appealing and competitive in the marketplace, driving up sales and profits.”

“When this third defeat device is active, emissions increase on average by a factor of 4.5. As a result, the trucks appear to comply with emissions regulations when they are being tested, but otherwise gain power and efficiency by dumping vast quantities of deadly NOx into the air we all breathe. As alleged in the complaint, the temperature-based defeat devices combine to de-rate emissions controls during 65 to 70% of the miles the vehicles are driven in and around the 30 largest population centers in the United States,” claims Berman.

The suit also names Bosch as a defendant, adding that “GM did not act alone.” Bosch developed, manufactured, and tested the Electronic Diesel Control unit that allowed GM to implement the defeat devices, according to the suit. Bosch control units are in almost all the vehicles found or alleged to have been manipulating emissions, including Mercedes, Fiat Chrysler and Chevrolet.