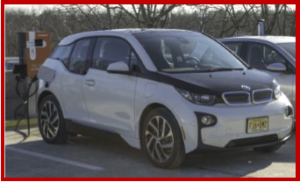 The crux of the lawsuit is about the BMW i3 “Range Extender.” This so-called Rex option, uses a two-cylinder, 34-horsepower gasoline engine that switches on when the battery charge drops to ~5%, providing another 70 miles of range. BMW claims that the Range Extender “doubles your electric driving range” from the vehicle’s standard 81-mile rating.

The lawsuit alleges that in practice when the gasoline engine kicks in, it doesn’t produce enough power to prevent a dramatic decrease in the vehicle’s performance. As alleged, if the car is under any kind of significant load – such as going up a hill, or loaded with passengers- the speed of the car will dramatically decrease as the battery charge diminishes. The lawsuit alleges that this can result in the car slowing to speeds of 45 miles per hour on the freeway, without warning.

“Having a sudden and unexpected loss of power in a motor vehicle can result in a catastrophic situation for all those on the road. These cars are dangerous and should not be driven,” said Jonathan Michaels of MLG.

The lawsuit seeks to have the vehicles “redesigned and repaired” at BMW’s expense, and to halt the sale of all i3 vehicles until repairs can be made. The claim also seeks compensation for all the owners of the vehicles, who were not told of the allegedly serious safety defect.

Earlier this month, BMW said it would offer a new version of the compact i3 electric car that starting for the 2017 model year would have more than 50% increased battery capacity. The 2017 BMW i3 (94 Ah) has a capacity of 33 kilowatt hours (kWh) because of the higher energy density of the lithium ion battery cells. The driving performance figures of the 170 horsepower AC electric motor remain is unchanged.

BMW claims that when equipped with the Range Extender, if the driver requires additional range, the 2-cylinder gasoline engine is switched on once the battery is depleted to 6.5% state of charge and keeps the charge level of the battery constant while driving. It also provides an additional range with a 25% larger fuel tank (2.4 gallons).

The new Battery Electric BMW i3 – a hybrid when you translate the marketing babble – in varying weather conditions with the air conditioning or heating turned on, has a claimed range of up to 114 miles combined (hwy/city) according to BMW testing cycles. Pricing for the 2017 BMW i3 (94 Ah) will be released closer to market launch.

Located in Newport Beach, California, MLG Automotive Law is a business law firm, focusing on the automotive industry. MLG Automotive Law has litigated cases against nearly every major manufacturer, and is counsel on the Volkswagen emissions class action. MLG Automotive Law also represents terminated Chrysler dealers against the U.S. for the 2009 taking of their dealerships, in violation of the Fifth Amendment.

Fuel consumption figures by BMW are based on the EU test cycle,  which may vary depending on the tire fitted because of rolling resistance values. More information on official fuel consumption figures, specific CO2 emissions and the electric power consumption of new passenger cars is included in the guideline “Guideline for fuel consumption, CO2 emissions and electric power consumption of new passenger cars”, which can be obtained from from BMW dealerships, Deutsche Automobil Treuhand GmbH (DAT), Hellmuth-Hirth-Str. 1, 73760 Ostfildern-Scharnhausen and at http://www.dat.de/en/offers/publications/guideline-for-fuel-consumption.html. (- editor)

Ken Zino is an auto industry veteran with global experience in print, broadcast and electronic media. He has auto testing, marketing, public relations and communications expertise garnered while working in Asia, Europe and the U.S.
View all posts by Ken Zino →
This entry was posted in electric vehicles, fuel economy or emissions, litigation and tagged autoinformed.com, i3, Ken Zino, mlg law. Bookmark the permalink.