Lincoln to be Sold in China by Late 2014 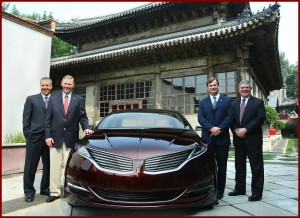 New Lincoln products will be sold in China in the second half of 2014 through an independent dealer network, Ford Motor said when CEO Alan Mulally visited Beijing yesterday. The company begins meeting with dealers in the fourth quarter of this year.

The luxury market in China is about one million units now, and as with most segments in the world’s largest auto market is forecast to grow significantly to perhaps as much as 3 million by 2020.

The first of many Lincoln problems is the lack of credible product, which will require billions of dollars as well as years to fix. Then there remains a huge marketing problem, not only in China, but also globally. Reestablishing the irrelevant, forgotten brand will require billions more and an unprecedented comeback.

The first test of Ford’s ability to move upmarket comes this fall in the U.S. with the new Lincoln MKZ,which is based along with the Ford Fusion on the new Ford Mondeo platform. There’s an enormous opportunity posed by Generation Y types, 80% of whom say they would consider a luxury car in the low $30,000 range, which hasn’t escaped impending product actions at Lexus, Acura, BMW and Mercedes-Benz, among other stronger brands. The MKZ could be built in China 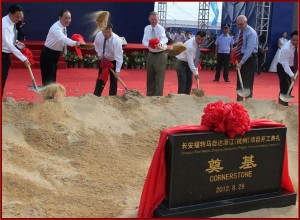 Then there’s China. Richard Baker is now general manager, Lincoln China. In this newly-created job, Baker will be responsible for introducing the Lincoln brand in China. Baker joined Ford in 1977 as a sales analyst for Lincoln-Mercury Division in the United States. Baker has held numerous sales and marketing positions in the United States and a variety of international marketing and sales management positions, including president, Ford Group Philippines, managing director, PT Ford Motor Indonesia, and executive director, Ford Japan Limited. Prior to this new appointment, Baker was deputy general manager for the Changan Ford Sales Company.

Pei-wen Hsu is now deputy general manager, marketing, Lincoln China, reporting to Baker. In her new role, Hsu will develop and implement marketing strategies. Prior to this position, Hsu, who joined Ford in 1997, was the Lincoln sedan product marketing manager in the U.S., responsible for developing the product strategy for Lincoln MKS and MKZ.

Joanne Kao is now deputy general manager, sales, Lincoln China, also reporting to Baker. In her new role, Kao will be responsible for building a dealer. Kao joined Ford in 1998 and has held several sales positions within Ford, including director, automotive customer service group at Ford Lio Ho in Taiwan.