Posted on 5 November 2019 by Kenneth Zino 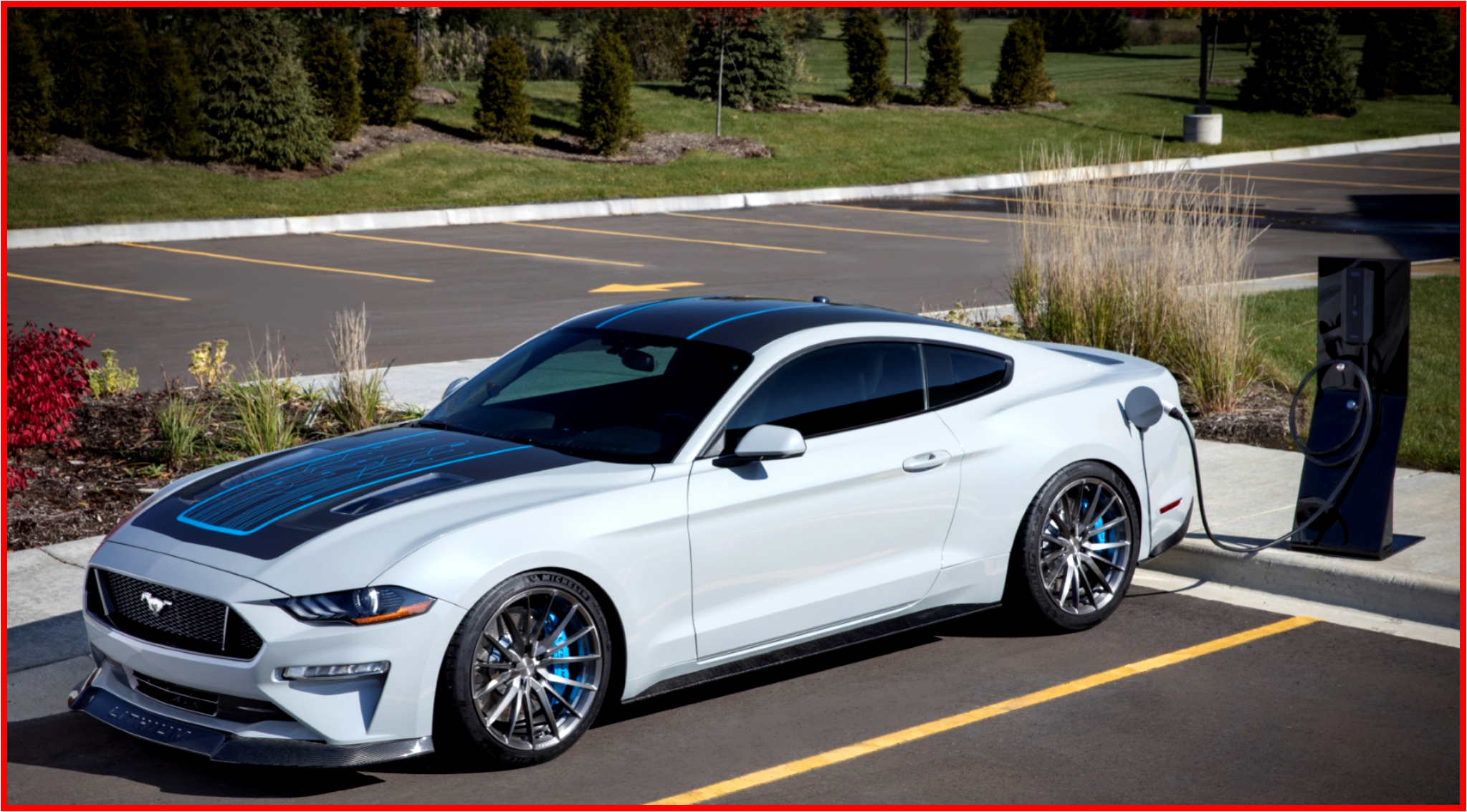 A collaboration between Ford and Webasto, Mustang Lithium project vehicle generates more than 1000 ft.-lbs. of instant torque and more than 900 horsepower.

Blue and white shades of a corporate dilemma are on display at SEMA today as Ford and Webasto revealed the Mustang Lithium, a battery electric Mustang fastback prototype. Ford initially backed the Trump’s administration’s plan to seize states’ rights from California and a dozen other states by backing a dirtier emission standard that will exacerbate global warming. Then it agreed to meet revised California standards,

Why the standards are a problem to Ford,  and other automakers, involves the cost of cleaning up its vehicles as it continues to profitably sell thirsty CO-producing large pickup trucks and SUVS while ceding the more efficient car business to offshore competitors. But in a breath of fresh air for air quality, a consortium of automakers and California have agreed on a voluntary framework to reduce emissions that can serve as an alternative path forward for clean vehicle standards nationwide. Automakers who agreed to the framework are Ford, Honda, BMW of North America and Volkswagen Group of America.

Electrification can be a boon to performance enthusiasts as witnessed by a so-called Phi-Power dual-core electric motor and dual power inverters – fueled by an 800-volt Webasto battery system that can discharge a mega-watt of electrical energy. At 800 volts, that’s twice the voltage of most electric cars on the road today.

Mustang Lithium has a manual transmission and uses a drag-strip Calimer-version of the Getrag MT82 6-speed transmission with billet internals to handle the 1,000 ft.-lbs. of torque. Ford Performance half shafts and Super 8.8 Torsen differential help supply power to the road via lightweight Forgeline wheels with Michelin Pilot Sport 4S tires.

Mustang Lithium has a set of drive modes that apply a controlled amount of torque for different driving scenarios including: Valet, Sport, Track and Beast, and are instantly available on demand via a custom in-dash 10.4-inch touchscreen display.

Ford claims to be investing more than $11.5 billion in electrified vehicles by 2022, including an all-new fully electric SUV in 2020 with targeted range of 300 miles and an all-electric F-150 in a few years, a hybrid version of the best-selling F-150 pickup available in 2020 will join all-new Ford Escape and Explorer hybrids launched this year.