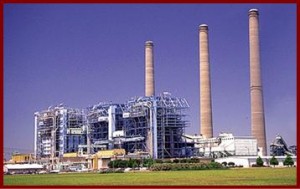 Louisiana Generating will achieve the negotiated reductions through a combination of new pollution controls, natural gas conversion and annual emission caps at all three units at its sprawling Big Cajun II complex.

Louisiana Generating has agreed to a court settlement under the Clean Air Act involving its Big Cajun II coal-fired powerplant in New Roads. The deal it is said eliminates more than 27,300 tons of harmful emissions per year, according to the Department of Justice and U.S. Environmental Protection Agency.Big Cajun II generates electricity from three large steam units on a 2,000-acre site that began commercial operation in 1981.

The Clean Air Act, as well as other federal and Louisiana regulations require owners and operators of powerplants to obtain permits and install the “best available control technology” after major modifications are made to powerplants.

The electric generating company, now owned by NRG Energy which has 29 traditional gas, coal, and oil power plants in 11 states, has been fighting what critics say is a fierce rear-guard action against the Clean Air Act hoping to keep aging and dirty plants running long after progressive utility companies installed modern pollution control equipment, including some at other NRG plants.

The settlement, filed in federal court in Baton Rouge and subject to almost certain court approval, will require Louisiana Generating to spend approximately $250 million to reduce air pollution and the payment of a civil fine of $3.5 million. The utility also agreed to spend $10.5 million on environmental mitigation projects.

Louisiana Generating will achieve these reductions through a combination of new pollution controls, natural gas conversion and annual emission caps at all three units at the Big Cajun II plant. Emissions of sulfur dioxide (SO2) will be reduced by approximately 20,000 tons and nitrogen oxides (NOx) by about 3,300 tons.

Louisiana Generating will spend an estimated $250 million in capital costs to comply with the consent decree through the end of 2015. Louisiana Generating also has agreed to further air pollution reductions by 2025, which will reduce SO 2 by at least an additional 4,000 tons each year. After buying Big Cajun II, Louisiana Generating upgraded the burners and fuel that reduced nitrogen oxide (NOx) and sulfur dioxide (SO2) emissions by a third. The additional changes under the court settlement will be done during regularly scheduled outages and completed by April 2015.

The state of Louisiana joined in the settlement and will receive $1.75 million, one-half of the $3.5 million civil penalties.

The governments alleged that Louisiana Generating violated federal and state law by continuing to operate Big Cajun II Units 1 and 2 without getting the required permits and installing modern air pollution controls after the largest boiler modifications in the history of the plant were made at the facility.

“The Big Cajun II Power Plant is the largest source of illegal air pollution in Louisiana.  This settlement will secure substantial reductions in harmful emissions from the plant which will have a beneficial impact on air quality for residents of Louisiana and downwind states, including low-income communities who have been historically overburdened with pollution,” said Ignacia S. Moreno, Assistant Attorney General for the Justice Department’s Environment and Natural Resources Division.

Louisiana Generating will spend $10.5 million on so-called environmental mitigation projects that will further reduce emissions and benefit communities adversely affected by pollution from the Big Cajun II plant, including:

The state of Louisiana projects could include the following:

The settlement marks the federal government’s 24th under a national enforcement program to reduce emissions from coal-fired power plants under the Clean Air Act’s New Source Review requirements. SO2 and NOx, two key pollutants emitted from powerplants, have numerous and well documented  adverse effects on human health and the environment.

These pollutants are converted in the air to fine particles of particulate matter that can cause severe respiratory and cardiovascular impacts, and premature death. SO2 and NOx are also significant contributors to acid rain, smog and haze. In addition, air pollution from powerplants can drift significant distances downwind, thereby affecting not only local communities, but also communities in a much broader area.

Some radical (an oxymoron?), and defeated, Republican presidential candidates said they would dissolve the EPA, among other government agencies, when they could remember which agencies they were criticizing. This is not going to happen under the moderate Obama Administration, which continues to push clean energy technologies and electric vehicles as part of its energy Independence plan that will see the U.S. outpace Saudi Arabian oil production this year.