Luxury Vehicles No Longer Have Panache? 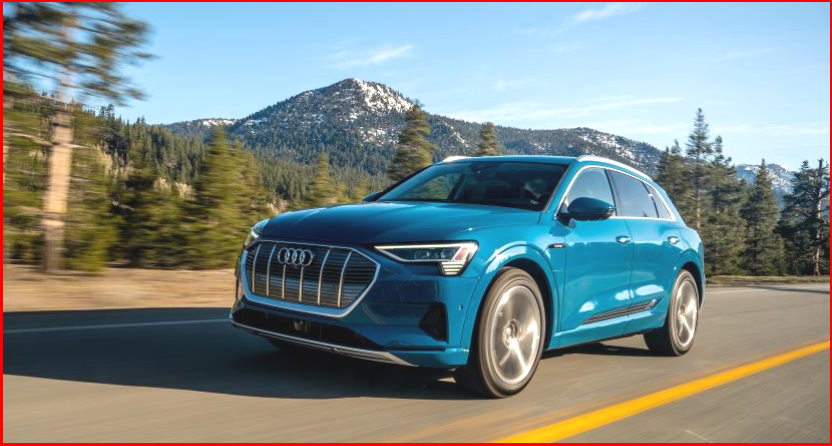 The Premium Car market share in Europe has, generally, been on a steady increase during the last couple of decades,” observes Sammy Chan, Analyst at consultancy LMC. During 2000-2010, Premium market share of European Passenger Cars grew from 15% to 18%. By the end of 2018, it was 22%.

“A closer look, however, reveals that Premium share actually suffered two consecutive years of decline recently,” Chan notes. The £1 Billion questions are: will this drop continue, and should Premium segment players be worried? 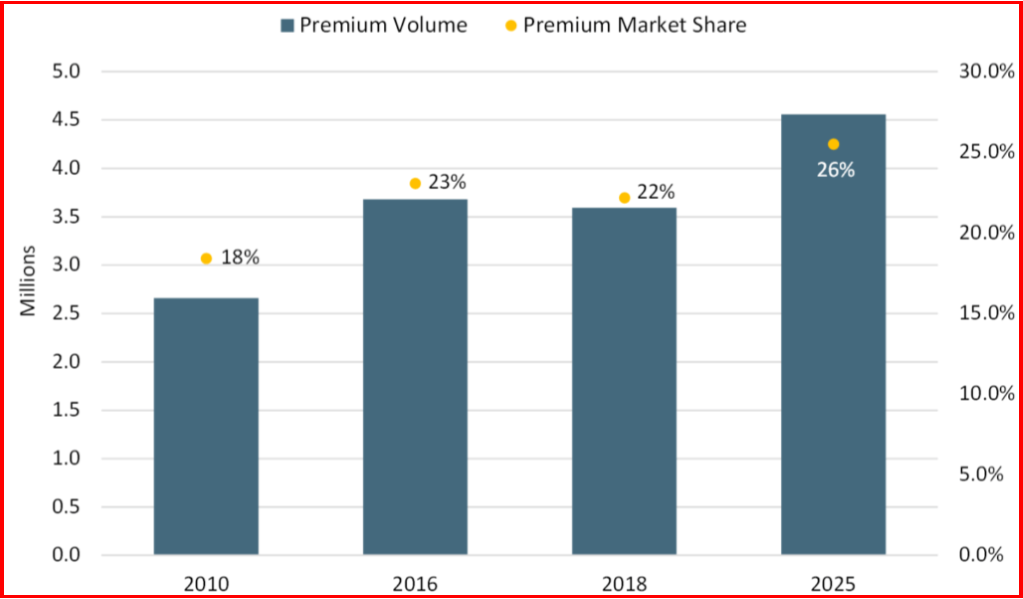 In the run-up to the high sales of 2016, when Premium brand market share totaled 23% on volumes of 3.7 million, manufacturers had been releasing an array of new models – the focus of which was – guess what – the SUV segment. During 2017 though Conventional, Sporty and MAVs seemed to have reached saturation point, causing overall model addition to halt. (see chart)

Inactivity in Conventional model intros, and the proliferation in SUV count, meant there were more SUV model lines available than any other body type for the first time in 2018*.
The SUV model count expansion shows no sign of slowing. Currently LMC expect as many as 30 new SUVs on the Premium market during 2020-2025. Given the current strength of the SUV segment, this should continue Premium market growth.

After a marginal market share fall in 2017 (-0.3 percentage points), the decline picked up pace in 2018 (-0.6 percentage points year-on-year). So, what happened last year?
The changeover to WLTP from NEDC not only distorted selling rates generally but really hits the significant Premium brand Audi, due to lack of model availability caused by previous cheating that needed more work to clean the dirty diesels up. Some potential Audi buyers would have gone to other Premium brands to meet their requirements, but those brands were also in short supply. (WLTP How Does It Work? Will it Work?)

There was also a geographical element to the Premium market decline last year. Despite the UK Premium share proving resilient, as the overall UK market fell back, the relatively large UK Premium volume fell sharply – explaining 37% of the region’s 160,000 Premium volume contraction.

However, neither model supply issues nor the contraction of the UK Premium market** is expected to persist, or resurface, over the next few years LMC thinks. With further model activity and stable, if slightly underwhelming, economic expansion, LMC forecasts European Premium market share to resume growth over the forecast period, albeit more slowly than we have seen through this decade. Looking ahead, LMC expects the overall European Premium share to hover around 25% by the middle of next decade.

* Noteworthy that there remains a substantial gap between SUV and Conventional model count in the Non-Premium segment in favor of Conventional.

** The Brexit path the UK ultimately takes, however, with the large downside forecast risk associated with a no-deal Brexit, could prove to be a major problem for further Premium growth.