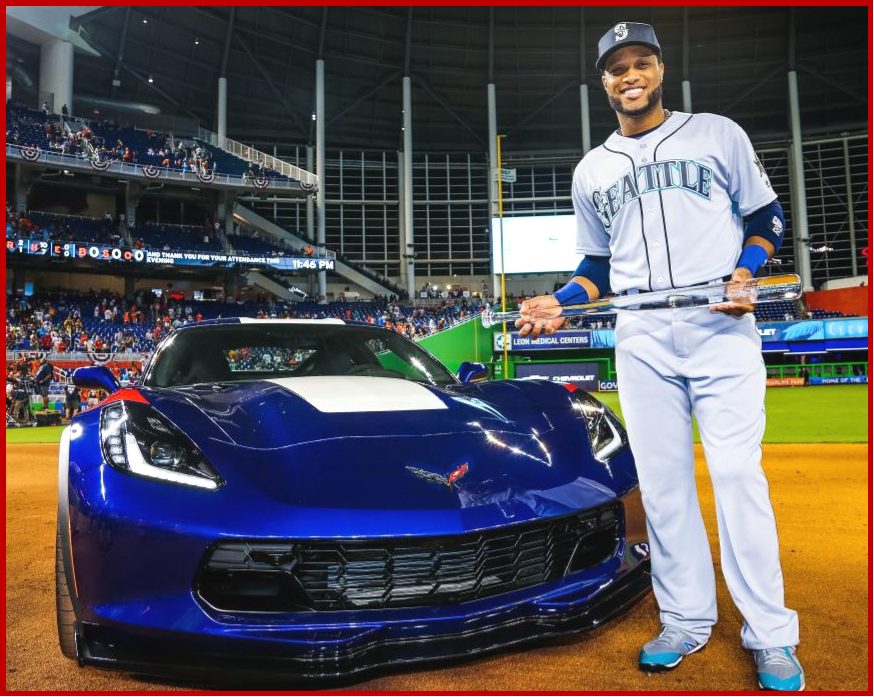 Robinson Cano Mercedes – of the Seattle Mariners, an ex-Yankee, right-handed second baseman (2005-2013) and an eight-time all-star with a World Series ring – accepts his new Chevrolet Corvette Grand Sport that was given during the MVP award ceremony Tuesday 11 July 2017 at Marlins Park in Miami, Florida. Chevrolet is the Official Vehicle of Major League Baseball of course.

Cano’s 10th inning wining home run made him the easy choice for MVP. He picked the Corvette over a truck. (Corvette Racing Wins Third Straight Twelve Hours of Sebring)

What was a tight, action-filled aggressive game with great defenses was ruined by endless ongoing commercial plugs – so much so that the top of a new inning was joined after a pitch or pitches were thrown so that endless, insulting adverts could be run.

The Fox robot commentators were so busy hyping products that they barely had time to call balls and strikes. It’s time for fans to boycott the American sport.