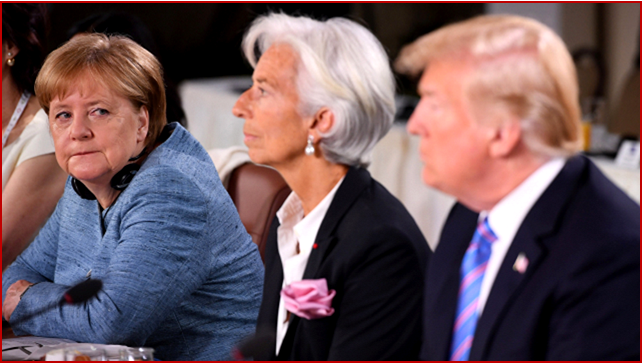 The North American International Auto Show today said it will move its show, originally planned for summer 2021 to 28 September – 9 October 2021. Once again the lack of an effective national plan to fight Covid is the major back story to the shift. The US remains mired in the Trump Administration’s ongoing quest to stay in office despite the hundreds of thousands of people who have perished so far – with many more deaths to come.

“We have talked with many of our partners, particularly the OEMs, and they are fully on board and excited about the date change,” NAIAS Executive Director Rod Alberts said. (AutoInformed.com – 2020 NAIAS Canceled. TCF Center to be Field Hospital. Michigan’s COVID Crisis had Little Federal Help)

NAIAS will remain a fall show going forward after the inaugural event in September 2021. Show dates have been secured with TCF Center for the next three years. NAIAS organizers choose dates towards the end of the month because of the new IAA in Munich, which is scheduled for the first full week in September. NAIAS has had a troubled relationship with German automakers in the past. The NAIAS move  is defensive with a yet unknown outcome in our view. (AutoInformed.com – Business, Politics, States Can Work Together in Germany)

The Federal Government of Germany, of course, has had a far more effective response to the pandemic. This also appears to rule out any NAIAS link to Indy Car and/or sports car racing, which now are scheduled for June.

The NAIAS news comes as the U.S. image plummets internationally as most say country has handled coronavirus badly. This latest report from the respected Pew Research Center says America’s reputation has declined over the past year among many key allies and partners, according to a 13-nation survey.

In several countries, the share of the public with a favorable view of the U.S. is at its lowest point since the Center began polling on this nearly 20 years ago. Part of the latest decline is linked to how the U.S. has handled the corona-virus pandemic. A 13-country median of just 15% say the U.S. has done a good job of dealing with the outbreak. Just as damaging Confidence in President Trump is low, similar to his first year in office.

NAIAS officials also plan to expand the show’s marketing reach, drawing additional show visitors from beyond the region and state. The campaign will emphasize that consumers can preview all the latest new cars and trucks headed to dealership showrooms while also enjoying Detroit and Michigan in the fall. Whether there remains a need for expensive auto shows to sell vehicles is hotly debated in the industry (AutoInformed.com – Auto Shoppers Dumping Dealers for Online Buying)

NAIAS claims it will have seven unique shows in one, including: Motor Bella, celebrating British and Italian luxury car brands; The Gallery, an ultra-luxury automotive event; AutoMobili-D, an inside look at future mobility platforms; Press Preview, an opportunity for automakers to debut new products and technology; Industry Preview, a one-of-a-kind networking opportunity; Charity Preview, the largest single-night fundraiser across the globe; and then concluding with an eight-day Public Show. (AutoInformed.com Final Winter NAIAS Charity Preview Raises $4,000,000) For more information, visit naias.com.