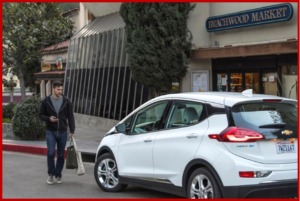 The Chevrolet Bolt EV, with an EPA-estimated range of 238 miles, has launched in Los Angeles in Maven City car sharing and the Lyft Express Drive program. Maven supplies vehicles for Lyft’s Express Drive program, providing Lyft drivers with access to weekly rentals of GM vehicles in some cities.

As always with EVs, infrastructure is problematic. To support the Bolt EV,  drivers will have access to free charging for a limited time via the entire EVgo Freedom Station network throughout California. Maven is also working with each of California’s investor-owned utilities, as well as Los Angeles Department of Water & Power, on infrastructure projects that it says can help encourage the use of EVs in the so-called sharing economy.

Maven says it plans to collaborate with additional metropolitan cities to advance the development of future applications, including a fully electric autonomous network of vehicles tied to mass transportation stations.