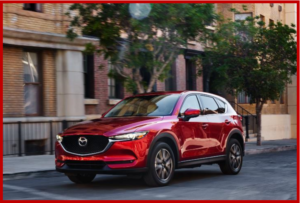 Mazda Motor Corporation has started production of the new compact CX-5 crossover at its Hofu Plant No. 2 in Yamaguchi Prefecture. It is the latest entree in the crossover parade – one that is bordering on a universal stampede –  to meet growing global demand for crossovers. Until now the CX-5 has been produced at the company’s Hiroshima Plant and at plants in China and Malaysia.

Mazda is financially struggling and wants to meet a global sales volume target of 1.65 million units by the end of its three-year business plan, Structural Reform Stage 2, which was launched  during last Japanese fiscal year.

The reasons for Mazda’s struggles are many in AutoInformed’s view: a bias toward old architectures, single or limited joint ventures, different operating philosophies and systems, no true mergers, lack of trust and inequality in operations. However, the potential savings of large link-ups or mergers are now just too large to ignore, especially for CEOs, but not necessarily for middle managers and workers. (See AutoInformed.com on New Toyota and Mazda Collaboration – Takeover or Merger?)

In recent years global demand for crossovers has surged, of course. No surprise here with good vision, a nice ride compared to traditional trucks, relatively acceptable fuel- economy, the latest safety and driver assist systems, and decent hauling capability and or flexible seating.

Mazda has responded by making its production system more flexible. In December 2016 the Hofu Plant joined the Hiroshima plant in producing the CX-3, a compact crossover SUV. And in August of this year, the system for production of crossovers at the Hiroshima Plant’s body factory was enhanced.

The CX-5 crossover is a redesigned compact SUV, which “refines every element of Mazda’s design.” CX-5 launched in Japan first before rolling out to global markets in the hottest segment in the business.

The slogan for development of the all-new CX-5 was “an SUV all customers will enjoy.” Mazda claims that the CX-5 is engineered “in line with human sensibilities to deliver responsive performance that conforms to the driver’s expectations.”

CX-5 also allegedly concentrates on passenger comfort, with a quiet cabin and pleasant ride, and adopts G-Vectoring Control, the first of the badly named Skyactiv-Vehicle Dynamics motion control technologies. Designed under the “KODO-Soul of Motion” design theme (we are not making this Mazda styling babble up), the exterior is “both bold and sensual, and the interior has been crafted to give occupants a pleasant feeling. The body color lineup includes the newly developed Soul Red Crystal Phenq, which highlights the beauty and quality of Mazda’s KODO designs. Any California hot rodder will recognize the color as candy apple red.

Launched in 2012, the CX-5 was the first new-generation model featuring SKYACTIV technology* and Kodo design. It has since grown into a core model that is sold in over 120 countries and accounts for approximately one quarter of Mazda’s global sales volume.

*Skyactiv is a badly named umbrella term for Mazda’s next-generation technologies, including gasoline and diesel engines, transmissions, body and chassis, developed to provide both driving pleasure and outstanding environmental and safety performance, based on the company’s Sustainable Zoom-Zoom long-term vision for technology development.