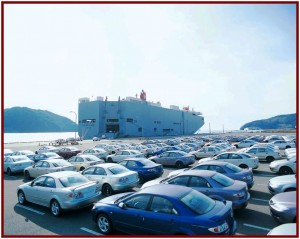 Many of Mazda’s most popular models are involved in the U.S. order suspension - MX-5 Miata, Mazda 3, CX-7 and CX-9 crossovers.

Mazda Motor has temporary stopped orders for Japan-built vehicles from its dealers in the U.S. as a result on ongoing production interruption caused by the Japan earthquake on March 11.

Since only two Mazda vehicles are U.S. sourced in conjunction with Ford Motor – the Mazda 6 car and the Tribute SUV – if Mazda factory shutdowns continue beyond a few weeks, Mazda and its dealers will be severely hurt as vehicle supply will start to run out in late April or May.

It is the latest example of how the complicated auto manufacturing supply chain is vulnerable to natural disasters because it increasingly relies on single sourcing and sub-contracting of key components, as well as “just in time delivery of parts.”