Mazda to Buy Out Sumitomo from MMVO, a JV Plant in Mexico 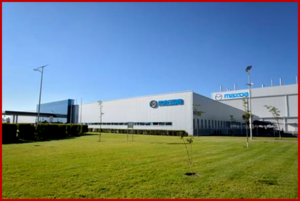 Too soon to declare victory for anybody here. The only clear loser is Trump.

Mazda Motor Corporation and Sumitomo Corporation agreed today to let Mazda buy all the shares Sumitomo currently owns – 25% down from 30% initially – in Mazda de Mexico Vehicle Operation* (MMVO). After the transfer, MMVO will be a production base owned 100% by Mazda by the end of the fiscal year ending in March 2021. Since 2011 MMVO has become one of Mazda’s major production facilities with its cumulative production volume reaching as many as 1 million 4-cylinders engine and MX2, MX3, CX30 vehicles.

Given the ongoing effects of soon-to-be ex-president Trump’s losing trade wars with Canada, Mexico, China and Japan, among other nations, and the uncertainty around provisions of a new trade agreement now called USMCA (United States-Mexico-Canada Agreement), Mazda remains at risk on multiple fronts. The new Agreement went into effect, with no apparent enforcement, starting on July 1, 2020. However, the U.S. Congress has still not ratified it. What happens post inauguration of President Biden is unclear.

The USMCA agreement calls for upping auto parts content made in North America to 75% from the current 62.5%, starting in 2020. This means 75% of the parts of every car and truck sold in the U.S. must come from the U.S., Canada and Mexico. (See Auto Informed – NAFTA Lite – US-Mexico-Canada Agreement Hurts US Workers)

Mazda and Sumitomo began working together when Mazda was in shaky financial position, which arguable to some extent still exists. It was agreed that as MMVO reaches its 10th year since its foundation, Mazda will become the sole proprietor of MMVO because of discussions between Mazda and Sumitomo on MMVO’s future and management.