Me Too? Raj Nair, President North America, Fired by Ford 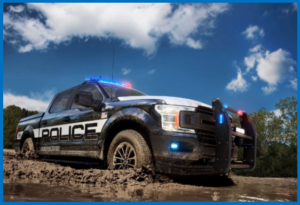 Ford in the mud up to its axles.

Ford Motor Company said late yesterday that Raj Nair, executive vice president and president, North America, is leaving Ford now. The firing came after what appears to be a hastily conducted internal investigation into stories of “inappropriate behavior” by the senior executive. This likely is a Ford smoke/word-screen for the latest revelations that its Blue Oval run “me too” assembly lines abuse women, and condones or tolerates actions that are of course in full view in the Red Zone White House. Ford claimed that certain behavior by Nair was “inconsistent with the company’s code of conduct.”

The latest Ford problem follows an ongoing scandal at its two Chicago assembly plants that saw three black women testify Tuesday in front of Chicago alderman about loutish Ford supervisor behaviors with sexual harassment and intimidation they say claimed they endured while working at Ford, which claims it has a program in place to address such concerns. The UAW also appears to be complicit in the criminal behavior, even though it has a phantom “no tolerance policy” that it invokes in such situations. It’s not clear if Nair was involved either directly or ind erectly.

Over the Christmas break at the end of 2017, Ford spokespeople stonewalled inquiries from AutoInformed on the sordid Chicago matter.

Keith Hunt, the attorney representing what seems to be many female victims, said that Ford’s words run contrary to its inaction on sexual harassment claims. Hunt also noted that Ford is one of the largest suppliers of police vehicles in Illinois and supplies all vehicles purchased by the Chicago Police Department. Maybe Ford and UAW officials should be riding in the back of them with silver bracelets.

“We made this decision (Nair) after a thorough review and careful consideration,” said Ford President and CEO Jim Hackett, who was notably absent from the Chicago hearings. “Ford is deeply committed to providing and nurturing a safe and respectful culture and we expect our leaders to fully uphold these values,” Hackett claimed without any supporting evidence whatsoever after an untenable series of revelations.

Nair has been president of Ford North America since June 1, 2017.  Prior to that, he served as Ford’s head of global product development and chief technical officer. A scrambling Ford said that Nair’s replacement will be subject to an announcement “in the near future.”