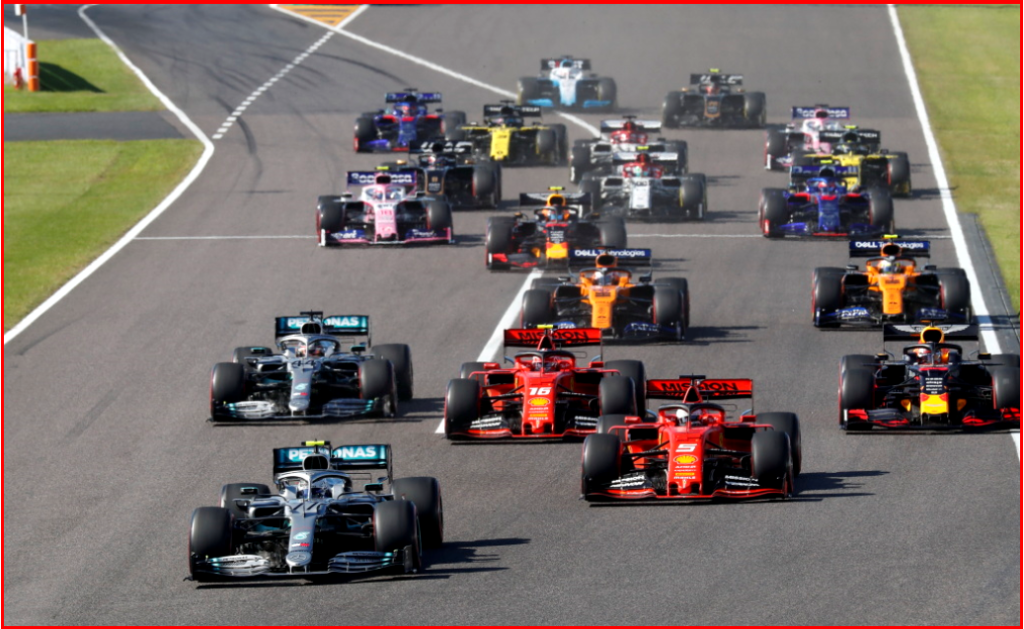 The season is over before it’s over, as Bottas mugs Vettel at the start.

At the Japanese Grand Prix yesterday Mercedes-AMG Petronas Motorsport won the FIA Formula One Constructors’ Championship for the sixth time in a row. Since drivers Lewis Hamilton and Valtteri Bottas are the only two drivers who can still win the Drivers’ Championship, this marks the first team in Formula One history to win both titles six times in a row.

“Obviously it was a pretty close qualifying and yeah starting third here is never good, but there’s not point ever to give up on anything and I knew anything was possible today and opportunities were there today and the first one was at the start,” said Bottas. “I had a really nice start and obviously Sebastian had an issue, so managed to get in the lead and then the pace was super good. I could really control the race.” 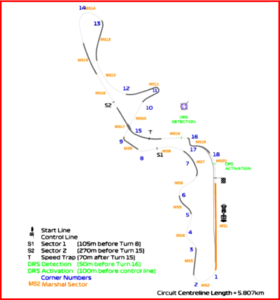 A narrow track with only one DRS zone makes for safety car racing. Grid position is all important. Click to Enlarge.

Ferrari’s Sebastian Vettel helped by blowing the start from the pole position. “Yeah, I mean the lights were on a long time, but it was my mistake, so I lost the momentum them. So, I ended up worse than just having a poor start, it was a really poor start,” said Vettel in the post-race press conference. “It was obviously a tough afternoon to then maintain second.”

Lewis Hamilton (338 points) leads the Drivers’ Championship by 64 points from Valtteri Bottas (274 points) with Charles Leclerc of Ferrari (221) a further 53 points behind, giving only the two Mercedes drivers the chance to win the 2019 Drivers’ Title. (F1 Champ Mika Häkkinen to Run Suzuka in McLaren 720s GT3)

On the Toro Rosso side, Pierre Gasly put together his best weekend since returning to the team, turning a ninth-place starting spot into an eighth-place finish and Daniil Kvyat made up a pair of positions to place 12th.

The blunted feel started well before the lights went out to start Sunday’s race. Typhoon Hagibis cancelled Saturday’s qualifying, forcing the series to run its qualifying session on race-day morning for just the fifth time in the last 20 years. Verstappen led the charge by gridding fifth, joining teammate Albon in locking down the third row. Gasly advanced into the final qualifying session to start ninth while Kvyat took the 14th spot.

When the race started three hours later, Verstappen got a strong start and swept to the outside of Charles Leclerc to make a pass for third, but Leclerc slipped left and contacted the Red Bull car, causing damage that would end the Dutchman’s day after just 15 laps.