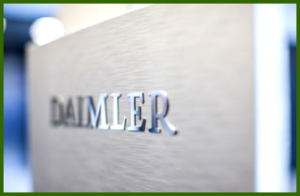 Bah Humbug for the working class.

Hoping to boost the stock price no doubt, Daimler on Christmas Eve is saying there will be a significant increase of Group Net Income as a result of Trump’s welfare for the wealthy plan. The law rushed through without public hearings was signed by Trump who was falsely calling it a comprehensive tax reform (“Tax Cuts and Jobs Act”), includes the reduction of the nationwide federal corporate income tax rate from 35% to 21%, starting January 01, 2018 , while increasing the budget deficit by $1.5 trillion next year, and eliminating 18 million working-class Americans from healthcare benefits.

“Due to the broadly based U.S. industrial and financial services business, combined with a material value added, Daimler – similar to many other local U.S. companies – benefits from the decided tax reform.“

At the U.S. subsidiaries of Daimler, the deferred tax liabilities exceed the deferred tax assets — both calculated with the nationwide federal corporate income tax rate of 35%. The reduction of the federal corporate income tax rate from 35% to 21% requires the revaluation of the net deferred tax liabilities and results in an income tax benefit increasing the Net Income of the Group for the year 2017 by approximately €1.7 billion. The positive income tax benefit will not impact the Free Cash Flow of the Industrial Business or the Group EBIT for the year 2017.

Daimler also says that against the windfall from the U.S. law, it currently expects other issues not connected will increase the tax expenses and will lead to an overall increase of Group Net Income by approximately only €1 billion net.

Ken Zino is an auto industry veteran with global experience in print, broadcast and electronic media. He has auto testing, marketing, public relations and communications expertise garnered while working in Asia, Europe and the U.S.
View all posts by Kenneth Zino →
This entry was posted in economy, fools 'n frauds and tagged autoinformed.com, daimler, Ken Zino, Tax Cuts and Jobs Act, Trump Welfare for the Rich. Bookmark the permalink.