The next generation Chevrolet Corvette, a mid-engine departure from all previous roadster and coupe designs debuts the evening of 18 July 2019, in Orange County, California. Interested people can watch the reveal via livestream here. The 2020 Chevrolet Corvette will debut as a Stingray. The Corvette debuted as a Sting Ray in 1963. This nameplate ran until 1976, and was then revived in 2014 to introduce the seventh generation Corvette. (Concours d’Elegance of America adds GM Design on the new C8 Corvette as It Celebrates AutoMobility)

The livestream opens at 7:30 p.m. PDT/10:30 p.m. EDT on 18 July and it will also be sent out on Chevrolet’s social media channels. The stream will include Corvette video footage, a hosted pre-show and the presentation. It will be available for viewing across the globe, in all seven continents. (Final Gen 7 Corvette Auction to Benefit Foundation, Three Peat! Corvette Takes Makers’ and Drivers’ Titles in IMSA GT Le Mans at Road Atlanta Season Final, Corvette ZR1 Sets Lap Record at VIR) 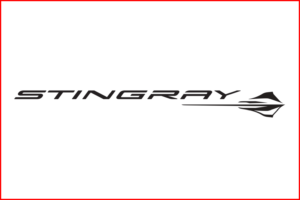 “There is a large contingent of Corvette fans across the world waiting for the reveal of the Next Generation. We’re happy to give these fans, and all sports car enthusiasts, a way to see and learn about the vehicle at the same time as those participating live in California,” said Barry Engle, executive vice president and president, the Americas, GM.