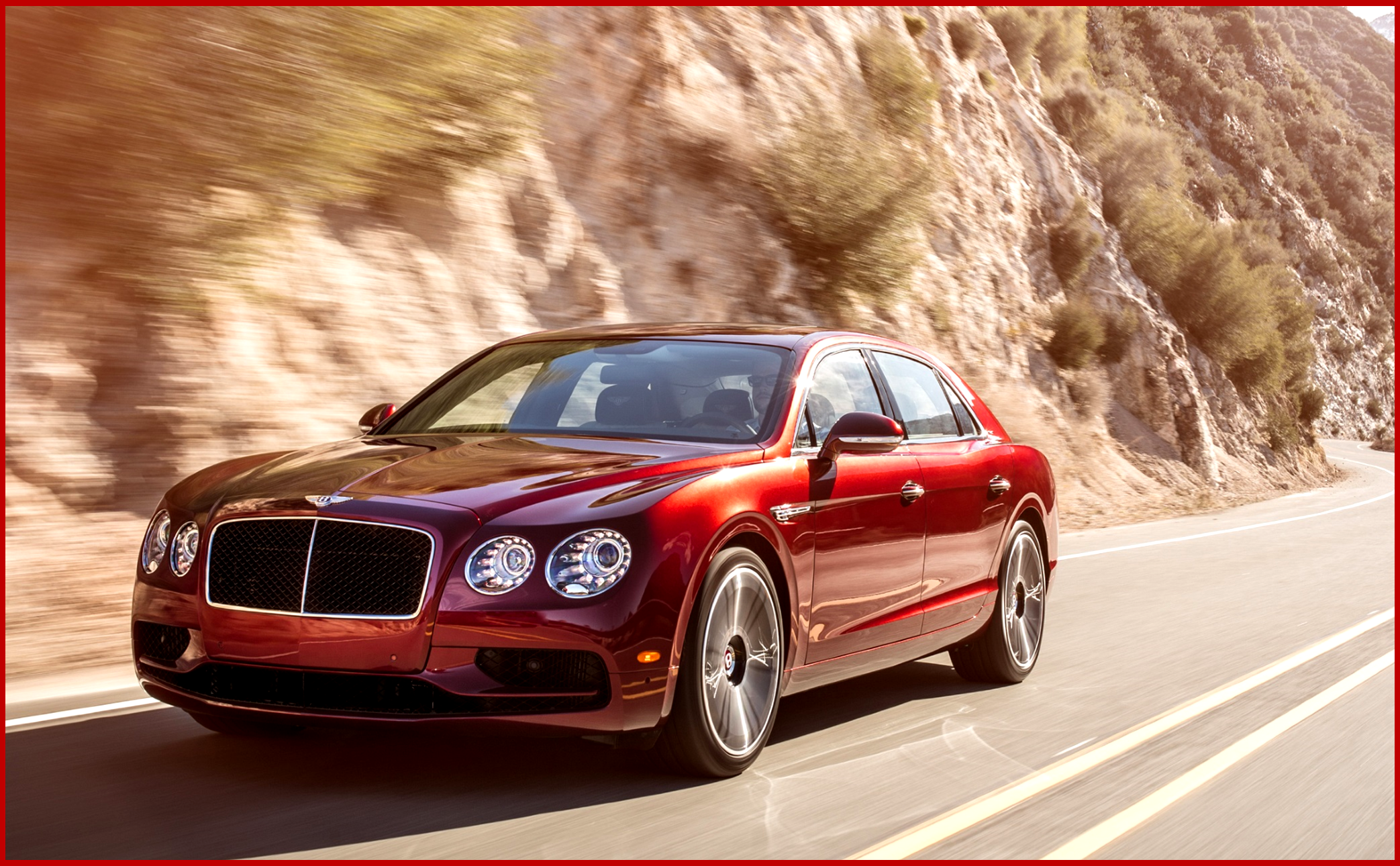 Bentley Motors has now built 40,000 Flying Spurs to make it the claimed world’s most successful luxury sports sedan. With the all-new third generation, the only thing that remains since the original launch in 2005 is its global popularity. Volkswagen Group since 2003 has owned and controlled the use of the brand.

Originally christened the Continental Flying Spur, then Flying Spur to further separate the car from the Continental GT, the model delivers a combination of performance-orientated liveliness and four-door, limousine-style comfort.

All three generations of Flying Spur have been designed, engineered, developed and manufactured at Bentley’s home in Crewe, where the production milestone is being celebrated by the skilled workforce of designers, engineers and craftspeople.

Bentley says that each of the 40,000 cars manufactured has spent more than 100 hours on a dedicated production line where 250 people meticulously assemble every Flying. Once finished and subjected to hundreds of quality checks, the car is shipped to one of the 68 different countries Bentley operates.

Of the  40,000 Flying Spurs roughly 50% have been commissioned by customers in Bentley’s two biggest markets, split evenly between the China and Americas regions. In Bentley’s home market, the UK, ~10%.  The international trade takes the remaining 40% of cars with customers in Europe, Middle East and Asia Pacific.

The history of the Bentley Flying Spur dates to 1952, when Chief Designer, J.P. Blatchley, and engineer, Ivan Evernden, collaborated on an unofficial project to restore Bentley to the top of Grand Touring. Their design was based around the marque’s 180 bhp 4.9-liter straight-six engine that would be replaced in 1959 with a 6320cc V8.

R-Type Continental coupe had bodywork designed by H.J. Mulliner and the ability to cruise all day at 100mph. It was followed by the S1 coupe, which shared many of the R-Type’s components, and it was clear that an S1 sedan should follow. Bentley offered a standard four-door sedan body for the S1, of which nearly 3,000 were built. An uprated Continental version, using lighter coach-built bodies, followed six months after the launch of the S1.

H.J. Mulliner bet there would be a small but discerning market for a coach-built four-door S1 Continental as an alternative to the factory four-door offering. Their design had ample space for four. The new four-door was named by Arthur Talbot Johnstone, H.J. Mulliner’s Managing Director, after the heraldic device of his family, the Clan Johnstone of the Scottish Borders. The first example even featured the Clan Johnston’s spur mascot on its radiator grille. HJ Mulliner created 217 examples of their S1 Continental Flying Spur, one of which is a permanent and active member of Bentley’s Heritage Collection.

Bentley’s more powerful all-aluminum V8 engine in 1959 also marked the launch of the S2, replacing the S1. At the same time, HJ Mulliner was bought by Bentley Motors to become the in-house custom division. Available from the factory with a standard four-door sedan body as the fastest four-door car in the world at the time, the S2 Continental also had the option of a coach-built HJ Mulliner Flying Spur body, or indeed a two-door coupe or drophead version. Of the 2,308 S2s built, 128 were completed as Continental Flying Spurs, each one representing a new era of luxurious, high performance motoring which transformed the British-built car into the “ultimate Grand Tourer.”

The S3 version followed between 1962 and 1965, again available as a Mulliner-bodied S3 Continental Flying Spur for four-door luxury performance.

Bentley revived the Continental Flying Spur name in 2005, as a four-door version of the Continental GT coupe. The new model was available with a W12 engine and all-wheel drive and could reach a top speed of 194 mph (312 km/h) – combining luxury and performance.

In 2013, the second-generation Flying Spur was launched, as a distinct separate model line and so dropping the Continental moniker. During the subsequent six years, the car was transformed by constant development and refinement including the addition of a 4.0-litre twin turbo V8 powertrain.

With the third iteration of the Flying Spur continues the Bentley four-door Grand Touring theme. Not content with building on the two-door Continental GT, Bentley has redesigned the all-new Flying Spur from the ground.

Bentley claims  with some credibility a unique application of cutting-edge and modern technology, “seamlessly integrating the latest British craftsmanship with innovative features, pushes the existing boundaries of refinement and attention to detail to create the finest super-luxury sports sedan ever built.”