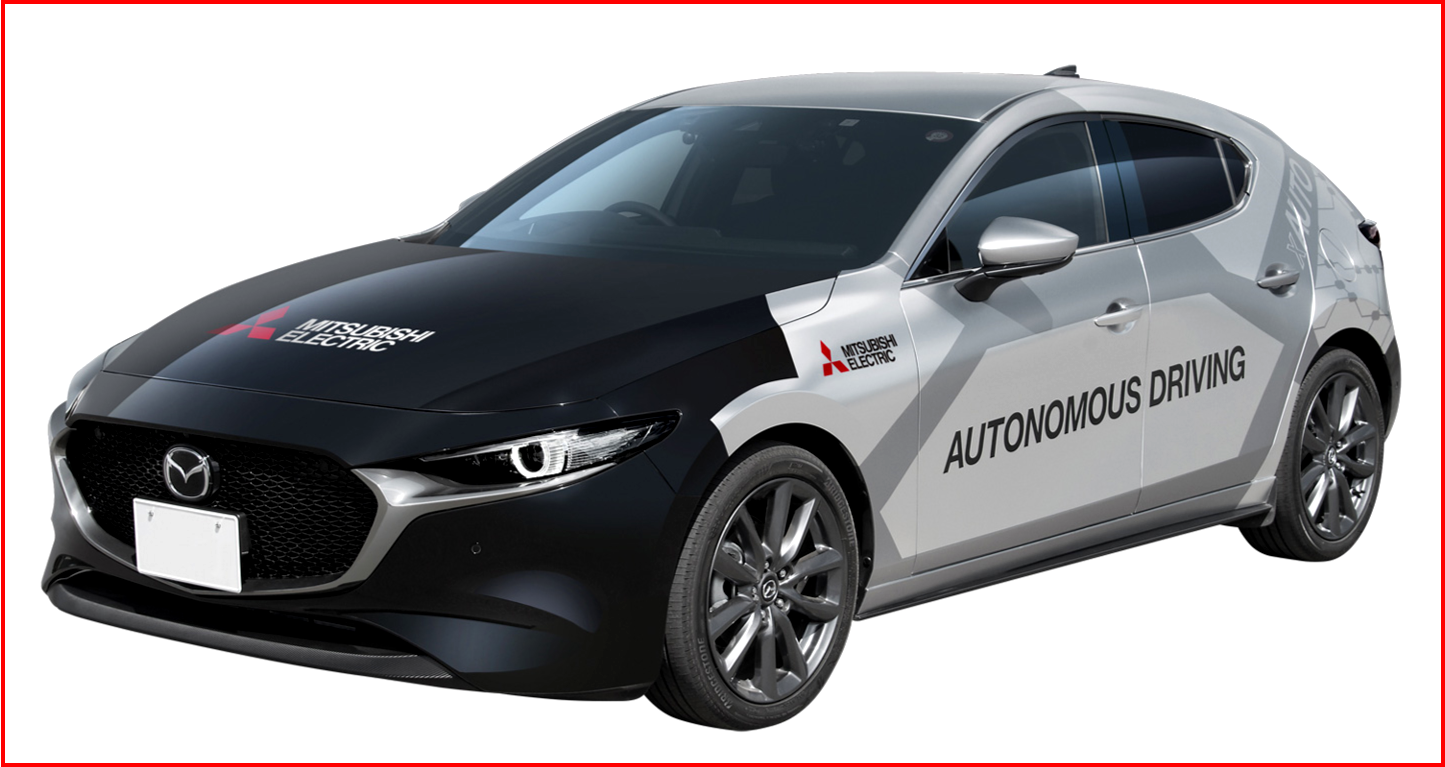 The so-called xAUTO is a concept that uses Mitsubishi Electric technologies for autonomous driving.

Mitsubishi Electric Corporation (TOKYO: 6503) said today that it would exhibit the latest version of the xAUTO, a vehicle claimed to be capable of autonomous driving on surface roads without high-definition maps and autonomous parking both indoors and outdoors, during the 46th Tokyo Motor Show 2019.

The system, it’s claimed, is now capable of driving on surface roads without high-definition maps and autonomous parking both indoors and outdoors, has been tested on actual surface roads near Tokyo’s waterfront and in the city of Tsukuba, located north of Tokyo.

Centimeter-level vehicle trajectory data, measured by using a fusion algorithm with CLAS-based positioning data and other vehicle data, such as speed, yaw rate (degree of lateral movement), is recorded several times. Then, these trajectory data are combined into a high-definition local map for use with the autonomous driving system. As a result, the system can work in places where high-definition maps do not exist, such as residential areas, private roads, farm roads, etc.

Accurate positioning and routing for autonomous parking both outdoors and indoors:

The xAUTO’s Automated Valet Parking System calculates the best driving route to a specified parking space based on an operating plan (parking space location, passage points, etc.) provided from a control system. When parking outdoors, the system traces the calculated route with CLAS-based positioning. Indoors, the system accurately calculates positions by using cameras mounted on the xAUTO to detect landmarks installed in the parking lot.

In general, autonomous-driving systems require various sensors, such as radars, cameras, etc. However, since data-processing time and data-update cycles vary depending on each sensor’s data-gathering method, recognition errors can occur when differently timed information is processed simultaneously.

To overcome this problem, Mitsubishi Electric developed a “sensor-fusion technology” that seamlessly integrates information from various sensors by adjusting the data-output time from each sensor. As a result, the system robustly and accurately detects the situation surrounding the vehicle as well as the vehicle’s speed.