More than 20 Million Jobs Lost in April as ~15% Unemployed

Total non-farm payroll employment fell by 20.5 million in April, and the unemployment rate rose to 14.7%, the U.S. Bureau of Labor Statistics reported today. The changes in these measures reflect the effects of the coronavirus (COVID-19) pandemic and the Trump Administration’s lack of efforts to contain it – since it was going to go away in April. Wrong. It shut the country down. And the grim news is based on data from only the first two weeks of April. The worst is yet to come. 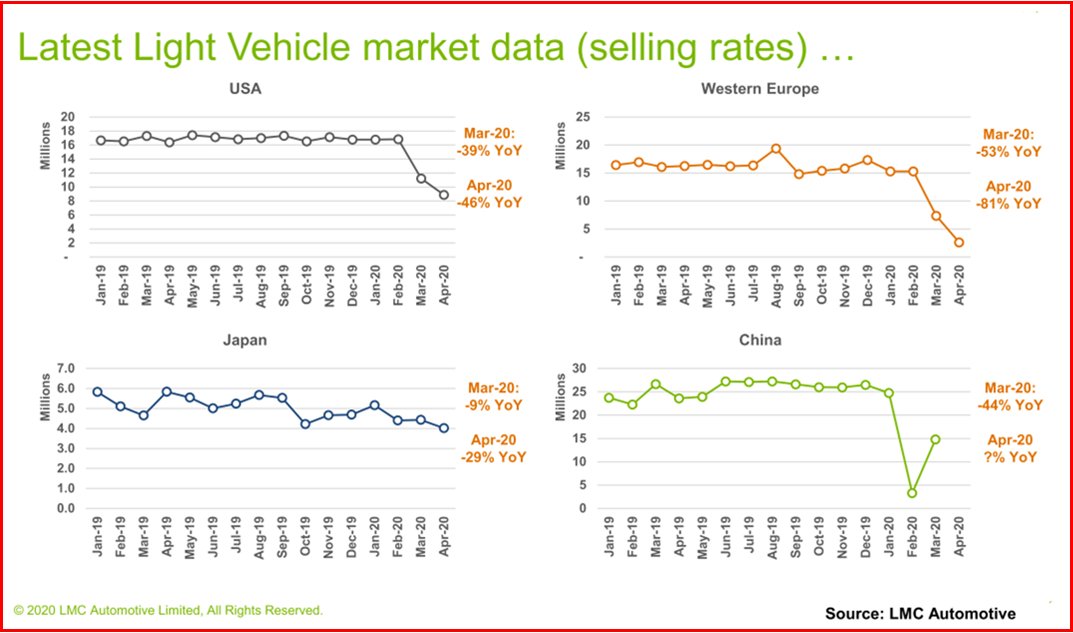 The worst is yet to come because of lack of testing and the absence of a National COVID elimination strategy from the anti-science Trump Administration.

Employment fell sharply in all major industry sectors. There were particularly heavy job losses in leisure and hospitality where the spread was initially ignored as Washington slept – until people, now former customers stopped traveling or died. This was out of self-preservation as the corpses mounted in non-living color on the news and in statistical counts no matter what Trump and Pence said. It was also the result of some Democratically-controlled states where shelter in place was imposed out of concern for the health of residents and not for the health of the increasingly infected Trump reelection campaign.

In April, the unemployment rate increased by 10.3 percentage points to 14.7%. This is the highest rate and the largest over-the-month increase in the history of the survey with seasonally adjusted data available back to January 1948. The number of unemployed persons rose by 15.9 million to, gulp, 23.1 million in April as breadlines formed and soup kitchens were swamped. Americans were out of work and going hungry.

The labor force participation rate decreased by 2.5 percentage points over the month to only 60.2%, the lowest rate since January 1973 (when it was 60.0%). Total employment, as measured by the household survey, fell by 22.4 million to 133.4 million. The employment-population ratio, at 51.3%, dropped by 8.7-percentage points over the month. This is the lowest rate and largest over-the-month decline in the history of the survey (seasonally adjusted data available back to January 1948).

The number of persons not in the labor force who currently want a job, at 9.9 million, nearly doubled in April. These individuals were not counted as unemployed because they were not actively looking for work during the last 4 weeks or were unavailable to take a job.

Persons marginally attached to the labor force – a subset of people not in the labor force who currently want a Job – numbered 2.3 million in April, up by 855,000 over the month. These individuals were not in the labor force, wanted and were available for work, and had looked for a job sometime in the prior 12 months but had not looked for work in the 4 weeks preceding the survey. Discouraged workers, a subset of the marginally attached who believed that no jobs were available for them, numbered 574,000 in April, little changed from the previous month.

Total non-farm payroll employment fell by 20.5 million in April, after declining by 870,000 in March. The April over-the-month decline is the largest in the recorded history and brought employment to its lowest level since February 2011 (data go back to 1939). Job losses in April were widespread, with the largest employment decline occurring in leisure and hospitality

In April, employment in leisure and hospitality plummeted by 7.7 million, or 47% as previously noted. Almost three-quarters of the decrease occurred in food services and drinking places (-5.5 million). Employment also fell in the arts, entertainment, and recreation industry (-1.3 million) and in the accommodation industry (-839,000).

Professional and business services shed 2.1 million jobs in April. Sharp losses occurred in temporary help services (-842,000) and in services to buildings and dwellings (-259,000).

In April, manufacturing employment dropped by 1.3 million. About two-thirds of the decline was in durable goods manufacturing (-914,000), which saw losses in motor vehicles and parts (-382,000) and in fabricated metal products (-109,000). Non-durable goods manufacturing lost 416,000 jobs. Employment in the other services industry declined by 1.3 million in April, with nearly two-thirds of the decline occurring in personal and laundry services (-797,000).

The average workweek for all employees on private non-farm payrolls increased by 0.1 hour to 34.2 hours in April. In manufacturing, the workweek declined by 2.1 hours to 38.3 hours, and overtime declined by 0.9 hour to 2.1 hours. The average workweek for production and nonsupervisory employees on private nonfarm payrolls increased by 0.1 hour to 33.5 hours.

The change in total non-farm payroll employment for February was revised down by 45,000 from +275,000 to +230,000, and the change for March was revised down by 169,000 from -701,000 to -870,000. With these revisions, employment changes in February and March combined were 214,000 lower than previously reported. (Monthly revisions result from additional reports received from businesses and government agencies since the last published estimates and from the recalculation of seasonal factors.)

*BLS on Why are there two monthly measures of employment?

The household survey and establishment survey both produce sample-based estimates of employment, and both have strengths and limitations.

For more information on the differences see:    https://www.bls.gov/web/empsit/ces_cps_trends.htm.