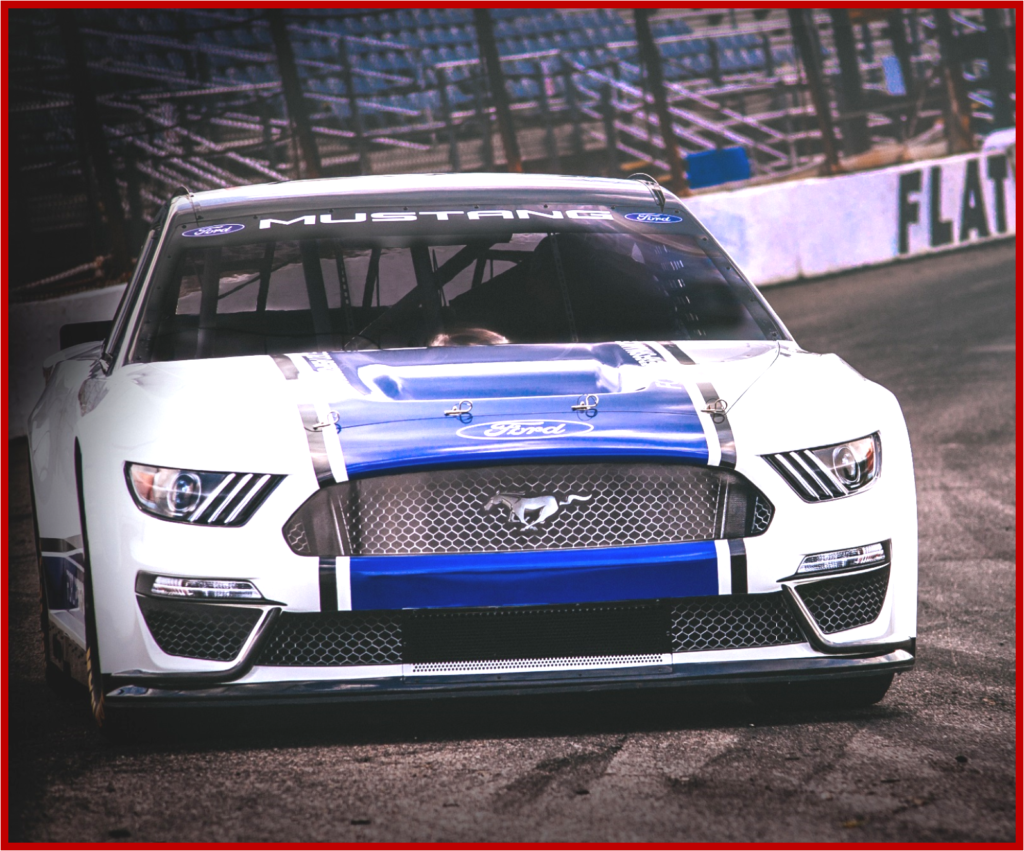 The Mustang does look somewhat like the street version. What happens on high speed ovals remains to be seen as NASCAR rules are highly flexible and sponsor oriented.

Ford today revealed its all-new Mustang NASCAR Cup race car; the first time Mustang will attempt to compete in NASCAR’s top-level Cup racing series starting at the 2019 Daytona 500 in February. Mustang has been competing full-time in the NASCAR Xfinity Series since 2011 and has won a championship in all but one season.  Ricky Stenhouse Jr. won back-to-back driver’s championships in 2011 and 2012, while Roger Penske has claimed the owner’s title in four of the last five years.

Mustang’s first official competition was in 1964 when it won – against smart money – the Tour de France Automobile, a 4,000 mile, 10-day rally. Soon after, it began racing legacy in SCCA Trans-Am. IMSA, NHRA, Formula Drift and NASCAR Xfinity – NASCAR’s second tier series followed as Ford wandered in and out and back into racing over the decades.

“Ever since we announced in April that Mustang would be going to the Cup level in 2019, we’ve heard nothing but positive feedback,” said Mark Rushbrook, global director, Ford Performance Motorsports.

Ford Design and Ford Performance worked carefully to “translate Mustang’s signature style to meet NASCAR decal racing rules. The car does look like the street version, what happens on ovals and road courses remains to be seen.

All 13 Ford drivers currently competing in the Monster Energy NASCAR Cup Series were on hand for the unveiling for employees at the company’s World Headquarters, along with team owners and NASCAR executives.

Ken Zino is an auto industry veteran with global experience in print, broadcast and electronic media. He has auto testing, marketing, public relations and communications expertise garnered while working in Asia, Europe and the U.S.
View all posts by Ken Zino →
This entry was posted in marketing, racing and tagged autoinformed, autoinformed.com, automotive blog, Automotive Commentary, Ken Zino. Bookmark the permalink.