NADA Predicts Q2 2019 US Auto Sales Will be Down Again 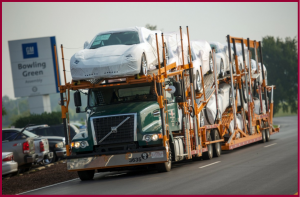 The average monthly payment gap between new and used vehicles continues to increase.

US auto sales in June finish up at a SAAR of 17 million units, which would represent roughly a 1-2% decrease from June of last year, according to the National Automobile Dealers Association. This would be the third month this year with a SAAR of 17 million units or more. The U.S. light-vehicle SAAR for the first half of the year is expected to be 17.0 million units, according to GM Chief Economist Elaine Buckberg. Light trucks will account for more than 70% of all new vehicles sold.

“Sales have declined relative to 2018 each month this year, but overall, not more than we expected,” said Patrick Manzi, senior economist NADA. Transaction prices on both cars and light trucks continued to rise and set new records. According to the latest NADA Average Dealership Financial Profile Series from April 2019, the average new-vehicle transaction price was $36,642, up 3.3% compared to this time last year.

Transaction prices on used vehicles sold by franchised dealers have also risen. “The average used-vehicle transaction price in April was $20,979, up 3.8% compared to this time last year. The average monthly payment gap between new and used vehicles continues to increase, which will likely result in more consumers shifting to the used market,” predicts Manzi.

“We expect that off-lease vehicle returns will peak over the summer months and will total more than 4 million units this year. Off-lease inventories will remain robust over the next few years due to high leasing penetrations over the past few years. As prices continue to climb on the new vehicle side for both loans and leases, more and more consumers will shift the used vehicle market. Low vehicle sales during the Great Recession have resulted in supply constraints of older and lower priced vehicles, which will cause prices at the lower end of the spectrum to remain elevated in the near term,” said Manzi.

“The Fed has signaled that we will not see any interest rate increases in 2019 and some believe that we may even see an interest rate cut of 25 basis points before the end of the summer. This will help slow the monthly payment creep that we saw in 2018. Payments will still likely increase throughout the remainder of the year because of rising vehicle costs, but we won’t have the added pressure of cost increases coming from rising interest rates. We have seen credit standards tightening in recent months with a larger share of auto loans being made to more creditworthy customers. We expect that this will continue throughout the year as well,” said Manzi.

Ken Zino is an auto industry veteran with global experience in print, broadcast and electronic media. He has auto testing, marketing, public relations and communications expertise garnered while working in Asia, Europe and the U.S.
View all posts by Ken Zino →
This entry was posted in results, sales and tagged auto industry commentary, autoinformed.com, automotive blog, Ken Zino, nada, us auto sales. Bookmark the permalink.