National Debt Projections – Off the Chart Before COVID-19 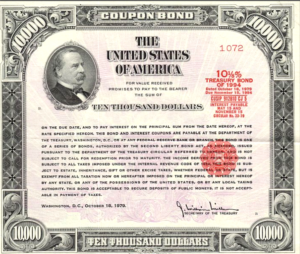 During the past decade, the federal government’s debt increased at a faster rate than at any time since the end of World War II, according to the Congressional Budget office in January. Without question our debt has outrun the economic growth over that period. At the end of 2019, federal debt was higher than at any other time since just after the war – exacerbated by Republican tax cuts for corporations and the wealthy.

Debt held by the public is a measure that indicates the extent to which federal borrowing affects the availabil­ity of private funds for other borrowers. All else being equal, an increase in government borrowing reduces the amount of money available to other borrowers, putting upward pressure on interest rates and reducing private investment. It is the measure of debt most often used by CBO in its reports on the budget. The cost of growing debt increases the finance payments of new and used vehicles.

Debt Held by the Public

To finance the government’s activities, the Treasury issues securities, collectively labeled debt held by the public:

The Treasury sells securities in the capital markets—often through a primary dealer intermediary—to U.S. buyers (such as the Federal Reserve System, mutual funds, financial institutions, and individual people), to private investors overseas, and to the central banks of other countries (i.e. China). Domestic investors currently own about three-fifths of outstanding debt held by the public.

Other Ways to Measure Debt

Several other measures provide information about our debt, although each has limitations. In addition to discussing debt held by the public, CBO looks at:

Debt Held by the Public Net of Financial Assets

Government spending includes not only payments for services or physical assets, such as real estate or military resources, but also spending that results in the acquisi­tion of financial assets. When the government issues debt to acquire those assets – say to finance student loans – its overall financial condition remains roughly unchanged, as does the amount of debt held by the pub­lic net of financial assets, according to CBO.

Another measure of the government’s overall financial position is gross debt, which consists of debt held by the public along with Treasury securities held by federal trust funds and other government accounts. The value of intra-governmental Treasury securities – the debt owed by the Treasury to such funds – indicates the amount by which cumulative revenues (an exam­ple is payroll tax collections for the Social Security and Medicare trust funds) have exceeded payments from those trust funds or accounts, plus interest attributed to the surpluses. The value of intra-governmental Treasury Securities is not, however, a meaningful measure of the government’s long-term obligations for those programs CBO warns.

The rough equivalent of gross debt, debt subject to limit is usually constrained by amounts specified in law: It is the maximum amount of debt that the Treasury can issue to the public or to other federal agencies. The main difference between debt subject to limit and gross debt is that the statutory limit excludes most debt issued by the Federal Financing Bank—an arm of the Treasury that can issue up to $15 billion in its own debt. Debt sub­ject to limit also accounts for other adjustments that are excluded from calculations of gross debt says CBO.

CBO Projections for Federal Debt Over the Next Decade

In CBO’s baseline, which incorporates the risky assumption that current laws governing taxes and spending generally remain unchanged, debt is projected to grow at a sub­stantially faster rate than the U.S. economy. In baseline projections that CBO published in January 2020, debt held by the public reaches $31.4 trillion (that is 98% of GDP before a COVID-19 depression, if it thrives) by 2030.

That debt would be the largest since 1946 and more than twice the average over the past 50 years.

In CBO’s estimation, debt as measured other ways also would grow faster than the economy, although the growth in gross debt would be slowest because spending from the Social Security and Medicare trust funds is pro­jected to exceed receipts to those funds. As a result, those funds are projected to redeem more in Treasury securities than they purchase, thereby reducing gross debt.

“The projected growth in debt would hurt and slow economic output over time and pose other significant risks to the nation’s fiscal and economic outlook,” says CBO.

US Trade Deficit Continues at $45 Billion a Month 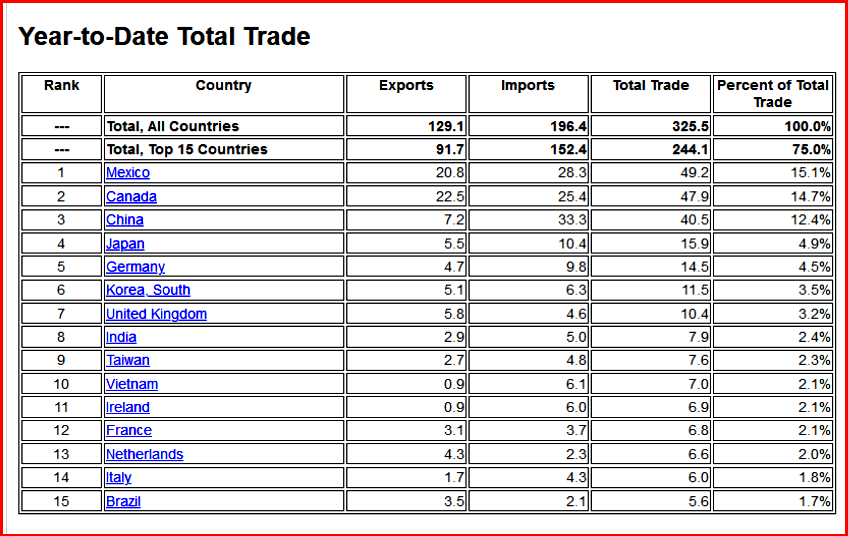 US Trade January 2020. Data are goods only on a Census Basis, in Billions of Dollars.