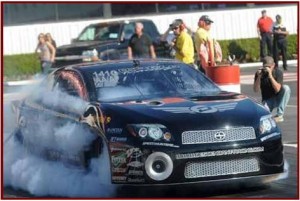 The IRS has received a complaint challenging the tax-exempt status of the National Hot Rod Association (NHRA) from the Washington law firm of Caplin & Drysdale. The complaint alleges that the drag racing organization’s activities mimic those of for-profit automobile entertainment companies.

“Public information reveals that the National Hot Rod Association
operates like a commercial business by providing specific services to its members –whether in the form of prize money to winners or payments to race track operators or other private groups benefiting from the racing events,” said Marcus S. Owens, former director of the exempt organizations division at the IRS and now a senior member of Caplin & Drysdale.

The letter to the IRS also alleges questionable governance structures and compensation practices. Though the Association has an 80,000 member roster, members do not possess voting rights to elect an independent Board of Directors to approve compensation and other matters pertaining to its Officers and Directors.

At present, compensation is determined by a “personnel committee,” who are likely to be selected and paid by National Hot Rod Association officials. Based on NHRA’s 2008 tax filings, two of the Association’s executives received compensation “well beyond industry standards.” Thomas Compton, the Association’s President and Board Member, received $771,632 in total compensation. Dallas Gardner, Chairman of the NHRA Board, received $319,073 for one single hour of work per week.

Owen says that comparable data indicates that average total compensation paid to CEOs at the ten largest trade associations in the United States was $642,447 in 2006 for full-time positions.