New 2013 Chevrolet Malibu to be Built in Hamtramck, MI 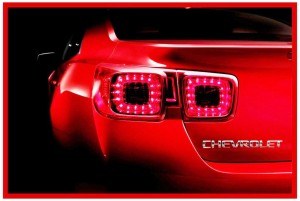 The new Chevrolet Malibu is Hamtramck bound. It might mean a Malibu hybrid is on the way?

The 2013 Chevrolet Malibu will make its worldwide debut at the upcoming Shanghai Auto Show, followed closely – across the international dateline – to make its U.S. premiere at this year’s New York International Auto Show next week.

Chevrolet has been teasing media with shots of the interior and taillights of the upcoming Malibu LTZ model The Malibu is part of a huge global program at GM – as sales on five continents are planned for the mid-size car.

Starting in 2012 in the U.S., Malibu will be built at GM’s assembly plant in Hamtramck, Michigan, which is currently producing the Chevrolet Volt and will soon start making the Opel Ampera, AutoInformed has learned. 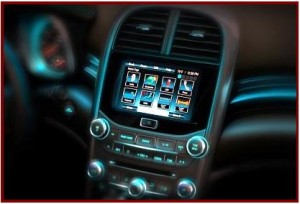 Another distracted driving enabler is on the way with the new Chevrolet Malibu touchscreen.

This leads us to speculate that a hybrid version of the Malibu is in the works. What happens to the Fairfax, Kansas plant that currently builds the Malibu remains to be seen.

Most of the Malibu instrument panel in the teaser shot is obscured, but there is a center console that includes the LCD screen, which will run runs the so called Chevrolet “MyLink” touchscreen infotainment system.