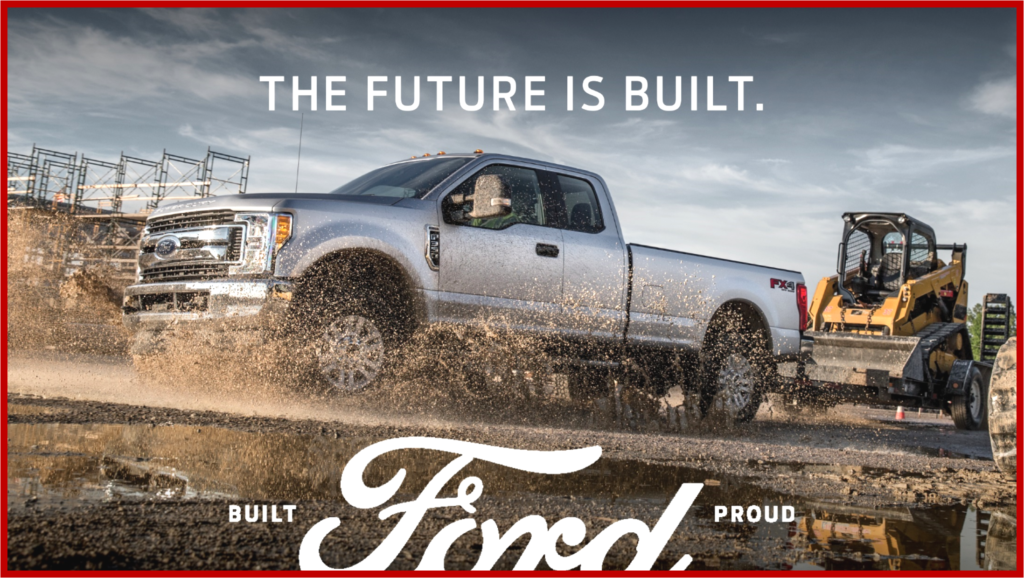 The first television spots have actor Bryan Cranston. They air beginning this weekend during NCAA football on Saturday, along with an online campaign. The campaign runs through 2019 across broadcast, digital and print channels.

The ads talk about Ford’s new vehicles in the hot-selling SUV and truck segments, including the Ranger pickup, which starts production this month at Ford’s Michigan Assembly Plant, and the new Escape and Explorer on sale next year.

Ford also worked with its Marketing Dealer Advisory Board – which includes dealers from across the U.S. – on the campaign strategy and creative execution, which includes national and regional ads and digital content. These dealers endorsed “Built Ford Proud” for its fresh approach and attitude, bringing to life the soul of the Ford brand as well as the company.

The ads are the first output following the redesign of Ford’s global marketing.

“Instead of attracting customers to showrooms with incentives and conquest offers, we are shifting to a customer loyalty program modeled after frequent flyer rewards,” said Mark LaNeve, vice president, U.S. Marketing, Sales and Service. “We want their experience with Ford vehicles to be worry-free and seamless.”

FordPass Rewards, available through the FordPass app and set to launch in early 2019, will allow customers a means of earning points that can be used toward sales, service and other experiences. There will be more to come on FordPass Rewards in 2019.