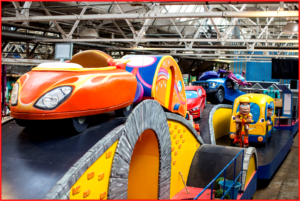 Ford Motor Company’s “Creating Tomorrow Together” will be on display with an all-new float making its debut at the 93rd America’s Thanksgiving Parade in downtown Detroit on Thursday 28 November.

At more than 100 feet long and 25 feet tall, Ford’s new float claims to showcase its future –from the innovation hub being developed at the historic Michigan Central Station in Detroit, to the transformation of Ford’s research and engineering campus in Dearborn, and to its robotics lab in Ann Arbor, Michigan.

The float will also display the company’s cars, trucks and SUVs, and look ahead to a world with electric and autonomous vehicles and innovative mobility items such as scooters and package delivery robots.

Along with the debut of the new float, Ford said it also is extending its partnership with The Parade Company by committing to sponsor America’s Thanksgiving Parade, Ford Fireworks and the Hob Nobble Gobble through 2021.

Ken Zino is an auto industry veteran with global experience in print, broadcast and electronic media. He has auto testing, marketing, public relations and communications expertise garnered while working in Asia, Europe and the U.S.
View all posts by Ken Zino →
This entry was posted in marketing and tagged auto industry commentary, autoinformed.com, Kenneth Zino, Thanksgiving Parade. Bookmark the permalink.