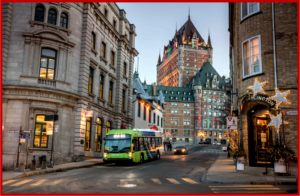 The first Nova  electric buses were commissioned in Montreal in May 2017. They have traveled more than 100,000 km and undergone more than 11,000 quick charges.

Nova Bus has been awarded a new contract by Montreal transit authority STM (Société de transport de Montréal). The contract for the Volvo Group subsidiary takes four fully-electric 40-foot LFSe buses, scheduled to be delivered at the end of 2019. The company started the St-Eustache plant by GMC

This new order comes after the first service anniversary of the three quick-charge electric buses provided by Nova Bus as part of the Montreal City Mobility project, an initiative by STM and the Quebec government. These four new vehicles are intended to replace the diesel-powered buses that currently run the same route, from Square Victoria to the Angrignon terminal.

This first year of service has shown the buses work in extreme weather, as well as the performance of the quick-charge stations. It should be noted that this bus model requires less maintenance, given its fewer mechanical components.

“The usage and performance statistics of the fully electric Nova Bus vehicles are a testament to the success of the Montreal City Mobility project…STM’s renewed trust in our buses confirms its commitment to the energy transition of public transit in Montreal. Quebec has demonstrated its know-how when it comes to sustainable mobility, and we are proud to be a leader in the field,” said Martin Larose, Vice President and General Manager for Nova Bus.